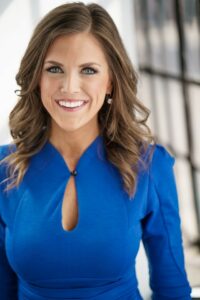 Today we’d like to introduce you to Rachel Santschi.

Rachel was born and raised in Dallas, TX, graduated from the University of Oklahoma with a BA in Journalism, and then started a career in broadcasting right here in Kansas City.

For three seasons, Rachel worked in the NFL for the Chiefs as their sideline reporter and TV host. In 2015, she switched sports and became the first full-time reporter for Spurs Sports & Entertainment (SS&E) and Fox Sports Southwest. After two seasons covering the NBA and WNBA, she returned to Kansas City as a morning anchor and reporter for KMBC 9 News and KCWE.

During this time, she was also the station’s reporter for special assignments such as The Country Music Association Awards, CW Press Junket and Kansas City Chiefs home and away games. Outside of her role on-camera, Rachel often emceed charity events, fashion shows or spoke at school assemblies.

In 2020, she switched careers to become the Director of Public Relations for Chicken N Pickle, an indoor/outdoor entertainment complex including a casual, chef-driven restaurant and sports bar along with pickleball courts and a variety of yard games. Rachel is responsible for public relations, marketing, sponsorship and social media for all six Chicken N Pickle locations across the country.

Would you say it’s been a smooth road, and if not what are some of the biggest challenges you’ve faced along the way?
In high school, I discovered I wanted to be a reporter. For our senior English project, each student chose an author and took over the class for the day. I turned my lesson into a news program, complete with music and graphics, reporting on William Faulkner.

I then went to The University of Oklahoma where I studied journalism, was a part of the college’s broadcasting team and worked for a local news station. I was also a part of the OU Rowing team and an Alpha Chi Omega. I minored in Health & Exercise Sciences with the intent of being a sports reporter, and it paid off.

Right out of college, I got a job in the NFL with the Kansas City Chiefs. It was a dream!! But, like most entry level jobs, it’s not all glamor and I definitely had to pay my dues and make sacrifices along the way. But nonetheless, I was doing it – working for a professional sports team! As a young female in a primarily male-dominated industry, I was often doubted, mocked and received a lot of unkind social media messages. I’ll spare you the details but I developed a lot of tough skin, kept grinding, and was determined to prove myself by studying the game and working late nights and every weekend. I grew a lot in this role and it set me up for my career.

After three seasons with the Chiefs, I moved to San Antonio to work for the Spurs & Fox Sports Southwest. I was able to cover the NBA All Star game in Toronto, report on the playoffs and met some very talented people! After a couple of seasons I knew I wanted more than what the role could give so I sought advice, started applying for different jobs and landed a role as a reporter for a news station in Kansas City.

For three months, I was a dayside reporter and was then promoted to the anchor desk on the morning show! It was so fun anchoring in the mornings, hosting live interviews and after the show I would gather stories and report for the evening show. It was certainly a lot of work, very early mornings, and challenges I hadn’t encountered before.

I spent four years in the news but after having my first child during the pandemic, everything changed. I wanted more family time, I wanted flexibility, and I definitely didn’t want to get up at 2AM for work anymore.

I was fortunate enough to be able to switch careers and am now the Director of Public Relations for Chicken N Pickle, while also dabbling in the social media influencer world.

As you know, we’re big fans of you and your work. For our readers who might not be as familiar, what can you tell them about what you do?
I am responsible for public relations, marketing, sponsorship and social media for all six Chicken N Pickle locations across the country. I started with Chicken N Pickle in August of 2020.

I was the first to take on this role and although it was a bit overwhelming, I had a lot of people in my corner teaching me the ropes. I’m very proud of this company and its goals to serve the community and take care of their people. I’ve never worked at a place that cares so much for their employees and their neighborhoods.

Personally, in the last year, I’m most proud of taking on the challenge of this new role. With the help of my teammates, we’ve been able to define our social media brand, bring in new sponsors and grow our marketing efforts.

I still have some ties to my broadcasting days as I have continued to emcee local events, go live for interviews and host live segments on social media. 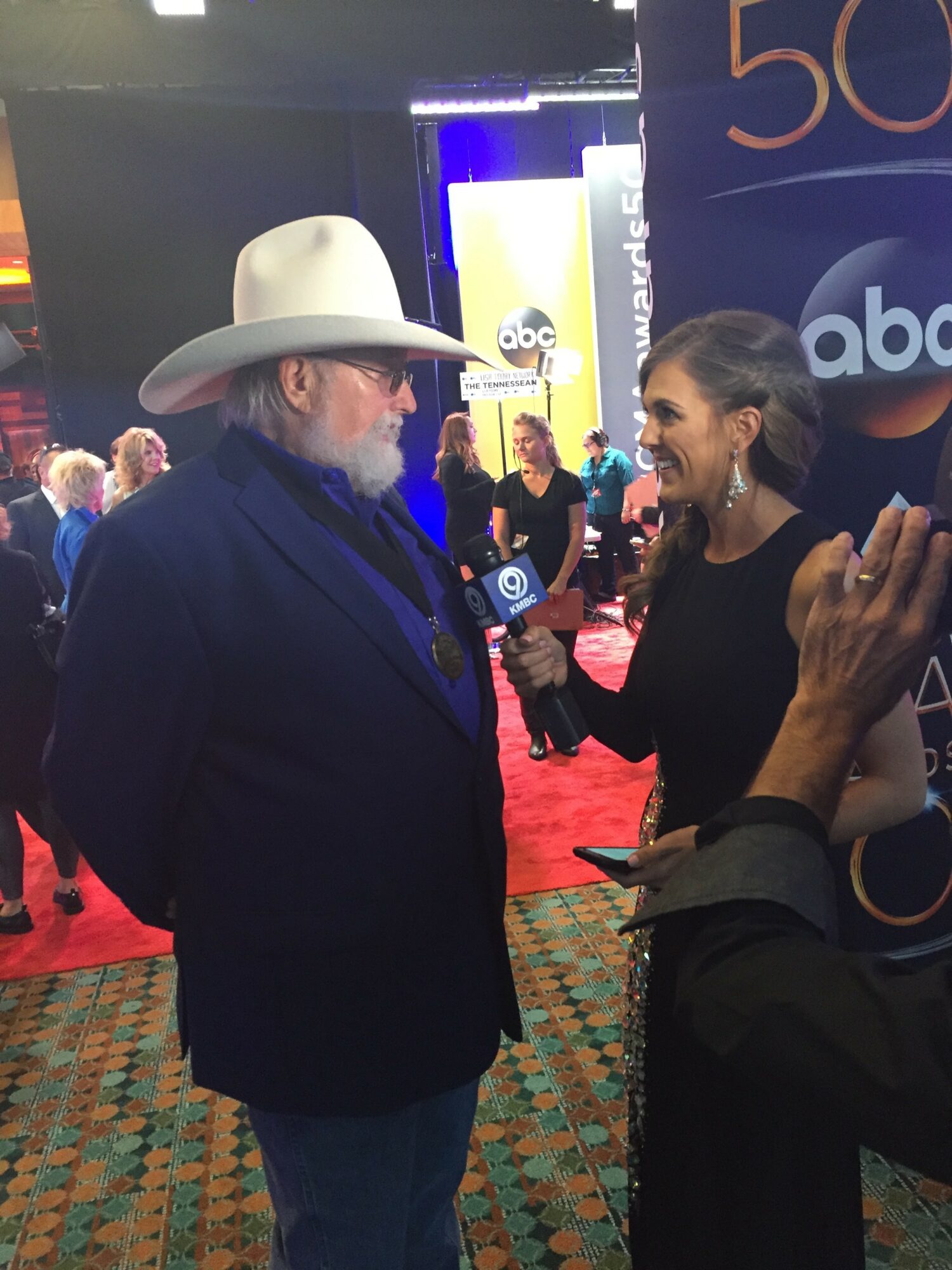 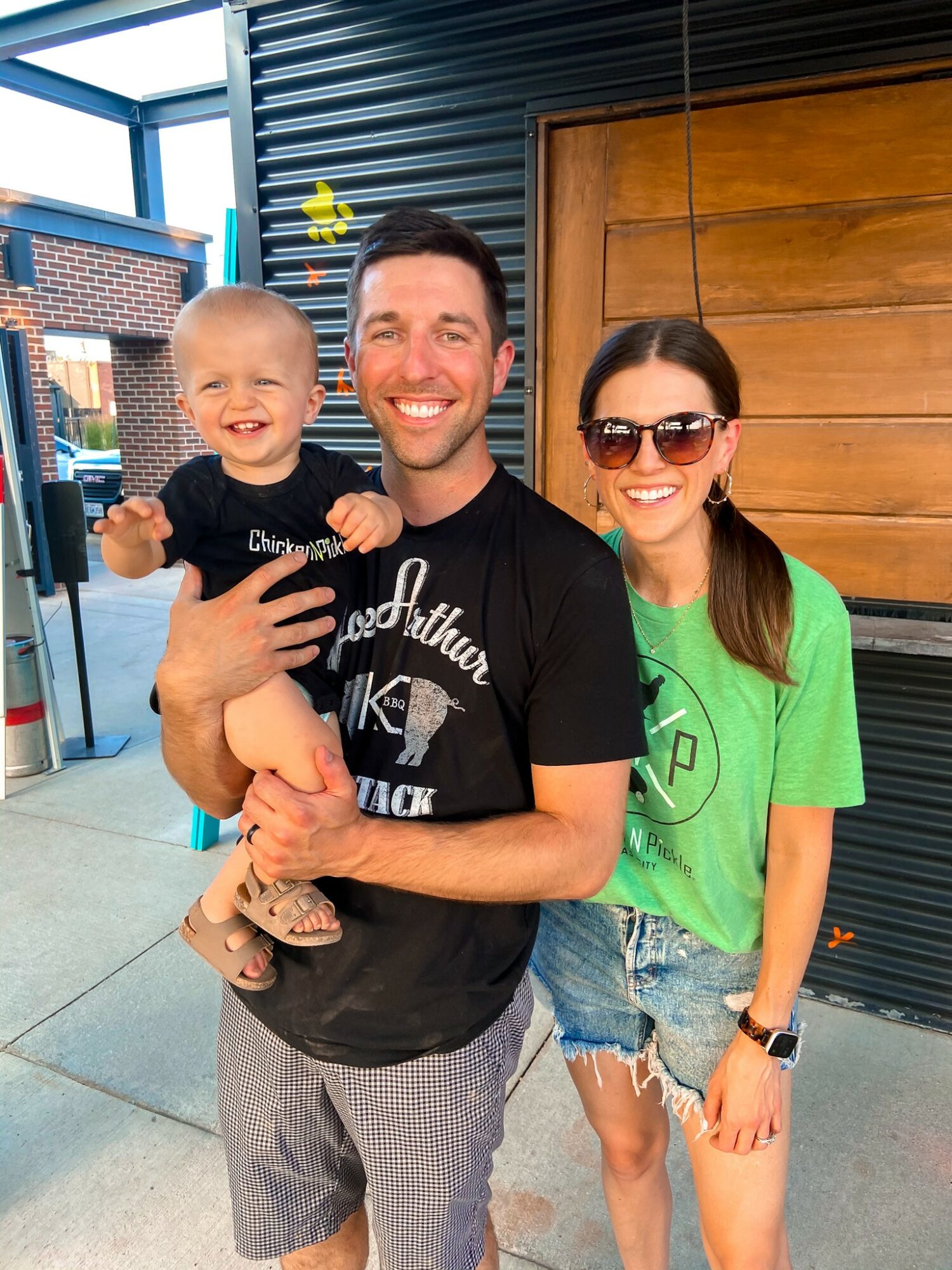 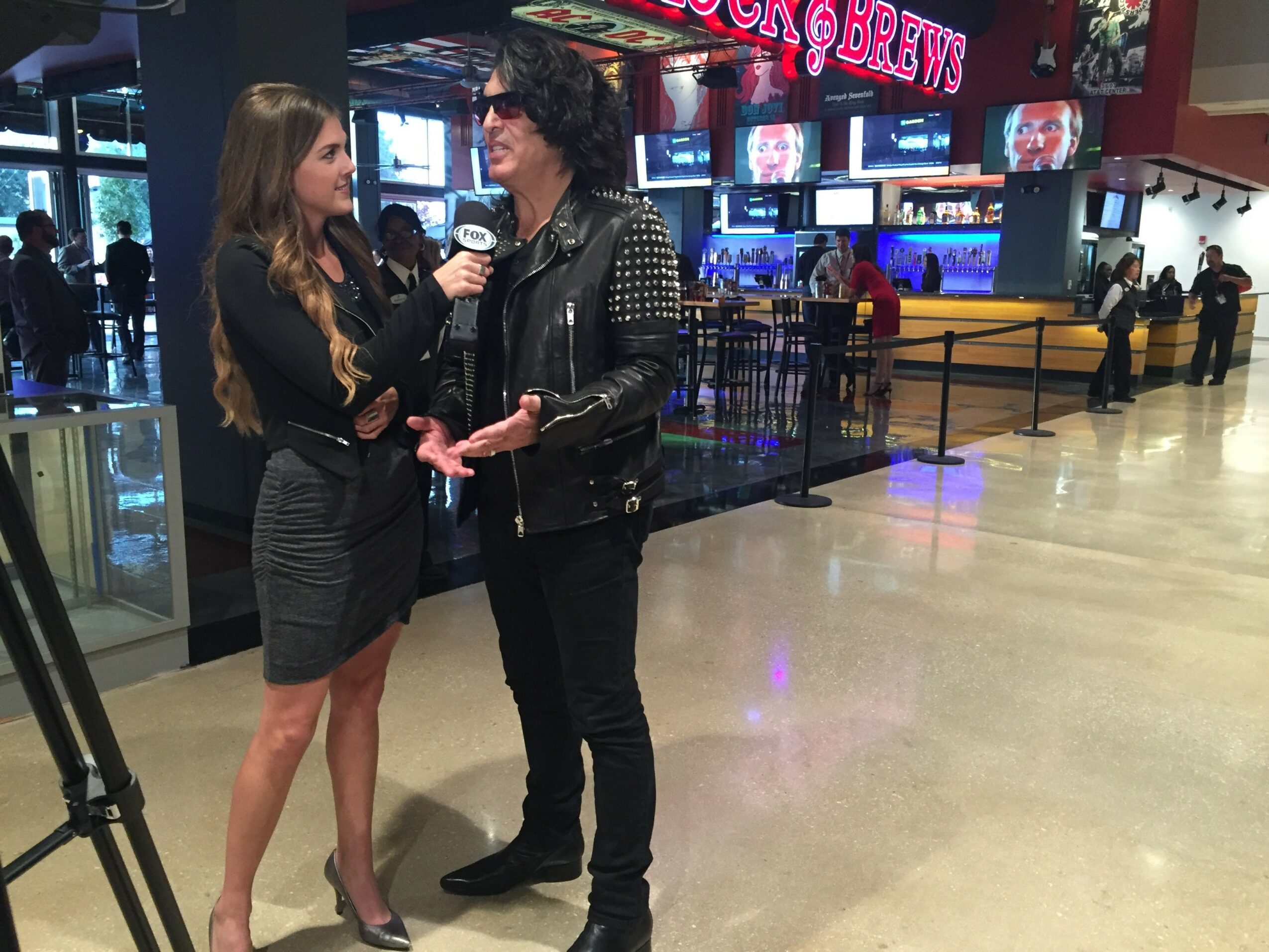 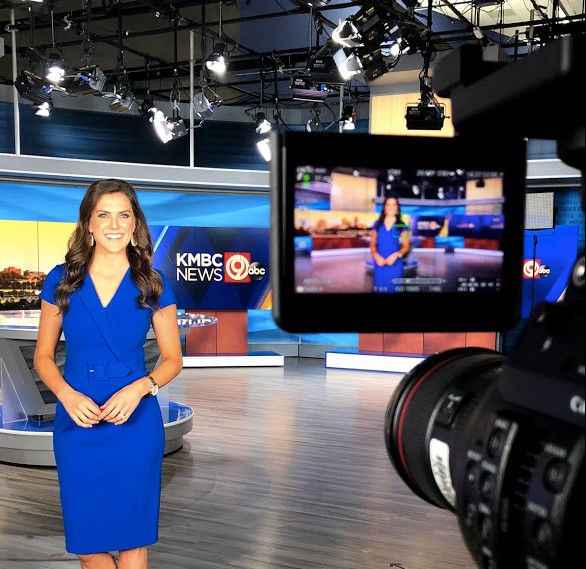 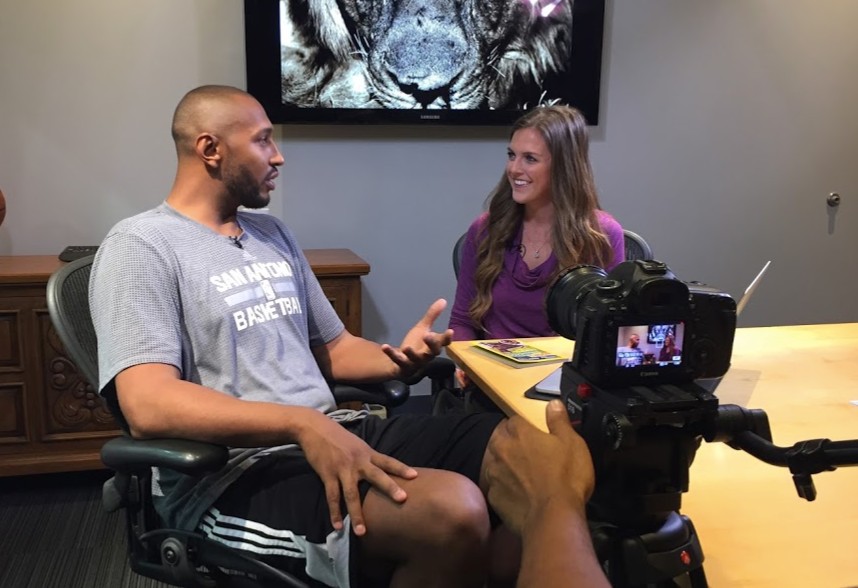 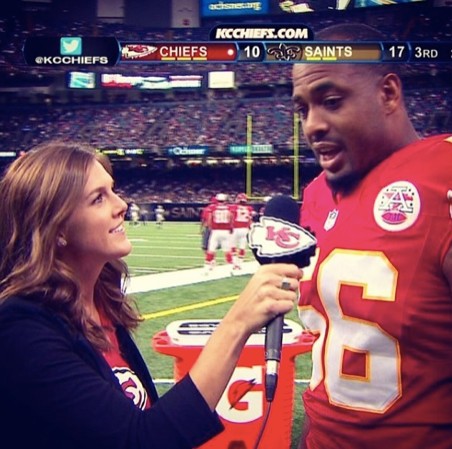 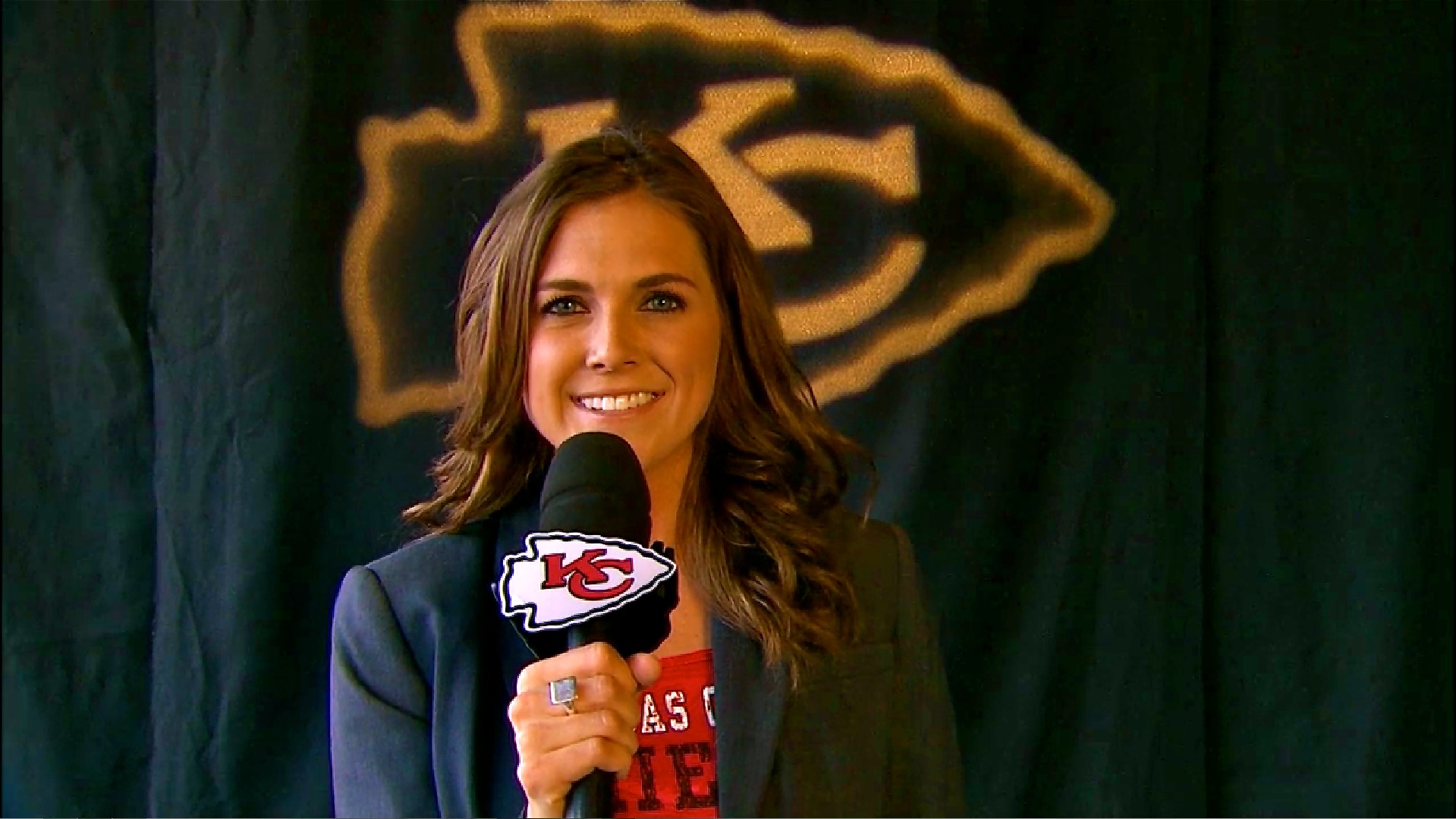