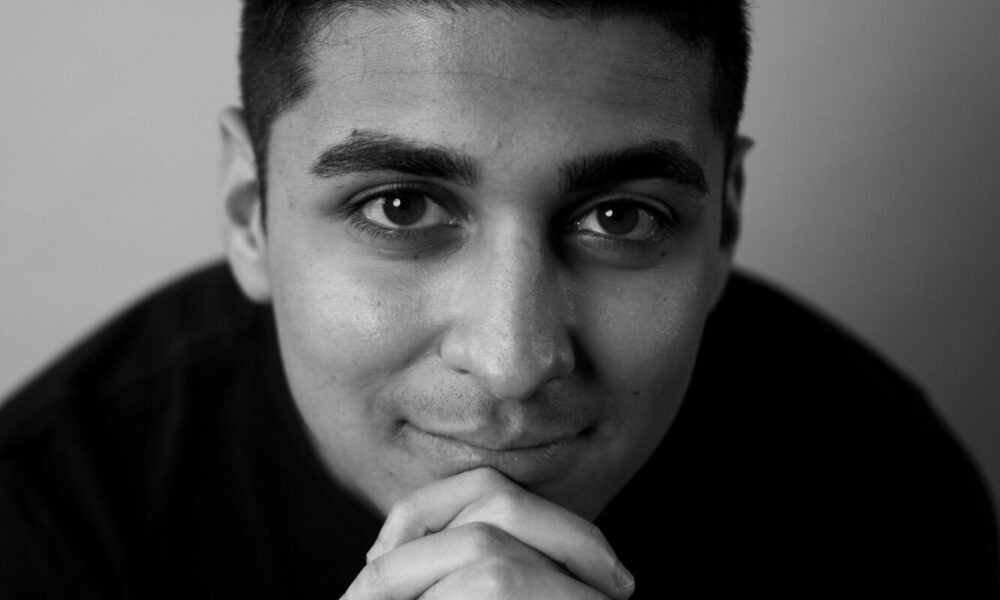 Today we’d like to introduce you to Ishan Parikh.

Hi Ishan, it’s an honor to have you on the platform. Thanks for taking the time to share your story with us – to start, maybe you can share some of your backstories with our readers.
Since when I was very young, I have always loved movies. I loved going to the theater and being drawn into stories. When I was a kid, I spent a lot of time making up stories in my head, smashing together favorite characters from movies that made an impression on me. Then, as I got into my teen years, I became obsessed with storytelling and how the art I loved as a kid wasn’t just for entertainment but was impactful. And so it dawned on me as I got into the films from directors like Christopher Nolan, Martin Scorsese, Paul Thomas Anderson, and Noah Baumbach that filmmaking, specifically directing films, can be a super personal endeavor on a large scale.

I began making films in high school. I rallied friends together and we made two feature films in high school. One of which was made entirely on the iPhone.  It was amateur made, but that’s essentially what taught me how to write and make movies. It was, in essence, my film school before I went to film school. Then, as I got into an undergrad at KU, studying Film and Media Studies, I could hone my craft while making a bunch of short films. Every semester, I was fortunately always working on something. During my time at KU, I met many new friends who helped me execute those films, through which I could improve my craft. I received a grant from the School of the Arts and the College of Liberal Arts & Sciences to do a passion project called “Rainbow Boulevard,” a short film about art and creativity. We were about to begin working on it right when the pandemic hit. But thankfully, we were able to complete it safely and successfully. That film went on to screen at four local film festivals throughout Kansas and won some awards.

Mainly, how I got where I am today is just by continuing to create to get better at what I do. I didn’t know how to write at first or even shoot a film, but I learned by dedicating myself and studying the films that I loved. Ever since I started making films, I’m fortunate that I’ve been supported by people who’ve helped me make the films I’ve made. When you’re young, you find yourself imitating what you’re inspired by, but I think those influences and inspirations coupled with who you work with collectively come together to create that new thing that is your artistic self.

Would you say it’s been a smooth road, and if not, what are some of the biggest challenges you’ve faced along the way?
I don’t think filmmaking is ever a smooth road. But that’s also part of the fun of it! A whole logistical side to making films doesn’t always gel with the creative part. As someone who produces all his work, it’s been rough trying to balance the two. There have been compromises, ideas/films that were let go of, and sometimes whole films that, in retrospect, didn’t work. But I’ve found the key is always to continue, take what you learned from the failures and trudge onward.

At first, I had a tough time pinpointing what kind of films I wanted to make, which was challenging because, in college, I met people with a specific interest, and their work had a message. I struggled with filling a lot of meaning into my work. To the point where professors would always ask me what my message is (and even now, they still ask) or if I’m trying to politicize or make any social commentaries in my work. And the truth is I’m just interested in people going through life. I realized I couldn’t make anything that didn’t have anything to say about the human condition.

The thing about art that I’ve always loved is that it’s interpretational. And that its life extends beyond me and my understanding of it. There are layers to it that others can and will bring, which is nothing but exciting for me as a storyteller! Now I feel I’ve gotten more adept at making the work the best it can be, the closest to what I have envisioned, and then letting the work speak for itself.

Thanks – so what else should our readers know about your work and what you’re currently focused on?
I’m interested in the medium of film. I’m a writer, director, and producer. Directing is what I want to pursue my career in.

My work mostly deals with life, relationships, and the many facets of the human condition explored through memory and time. I like setting my work in a contemporary setting to be relevant and relatable. It’s also important to me that all my work feels diverse and has range, that no matter the story at hand, the work retains a sense of emotional honesty that feels authentic.

Recently, I finished production on a short film I wrote and directed called “Something Imaginable.” It’s a modern-day romantic comedy exploring dating in the modern age. So the rest of the year will be focused on finishing that film.

But right now, I’ve just finished up a dream project from last summer called CYDNEY that released on July 17th. It’s a modern-day re-imagination of Cinderella. It’s a coming-of-age drama that explores identity, innocence and the loss of it, and college culture. I’m proud of all my work, but never more than this one. It’s a film I wrote in the Summer of 2020; after several attempts to make it, I almost set it aside, thinking maybe it’ll never get made and that it’s better off as just a script. But the summer after, I was lucky to get together a great group of people to bring it to life. I found a beautiful collaboration with Mia Hilt, who plays the lead role of Cydney. She’s a powerhouse of talent, and I can’t wait for everyone to see her in this film. If I hadn’t met her and had she not done the film, maybe none of it would have ever been. We also had a great crew on the film, many new people with whom I had not worked before, which made it an enjoyable experience. Cydney was probably the most fun I’ve had on a set, making a film. I’m so glad to be sharing it and putting it out into the world and for everyone to finally see it. It’s available on YouTube and Vimeo

Alright, so to wrap up, is there anything else you’d like to share with us?
Shoutout and thank you to everyone willing to help and work with me these last seven years. It’s taken me father than I ever imagined. 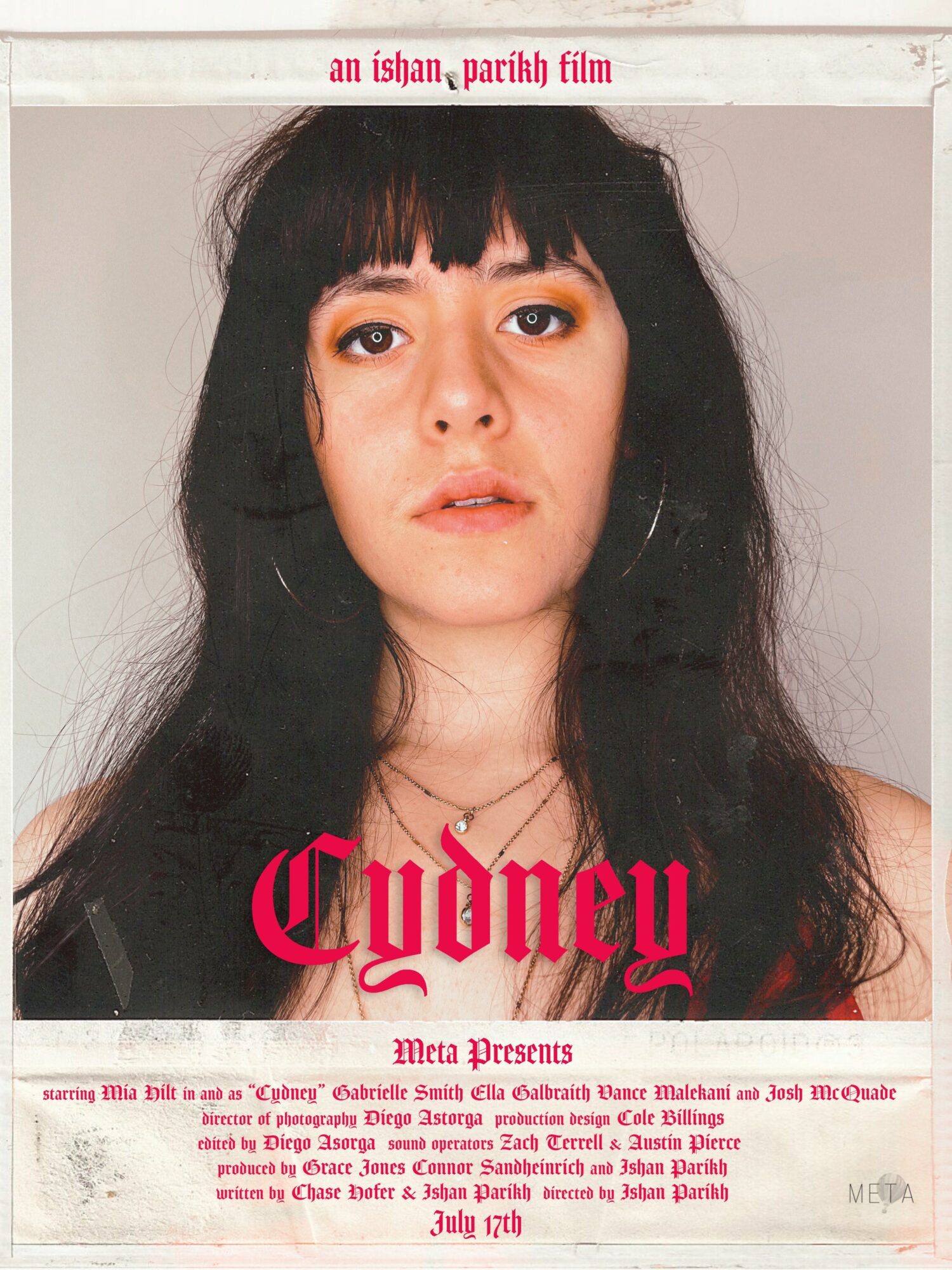 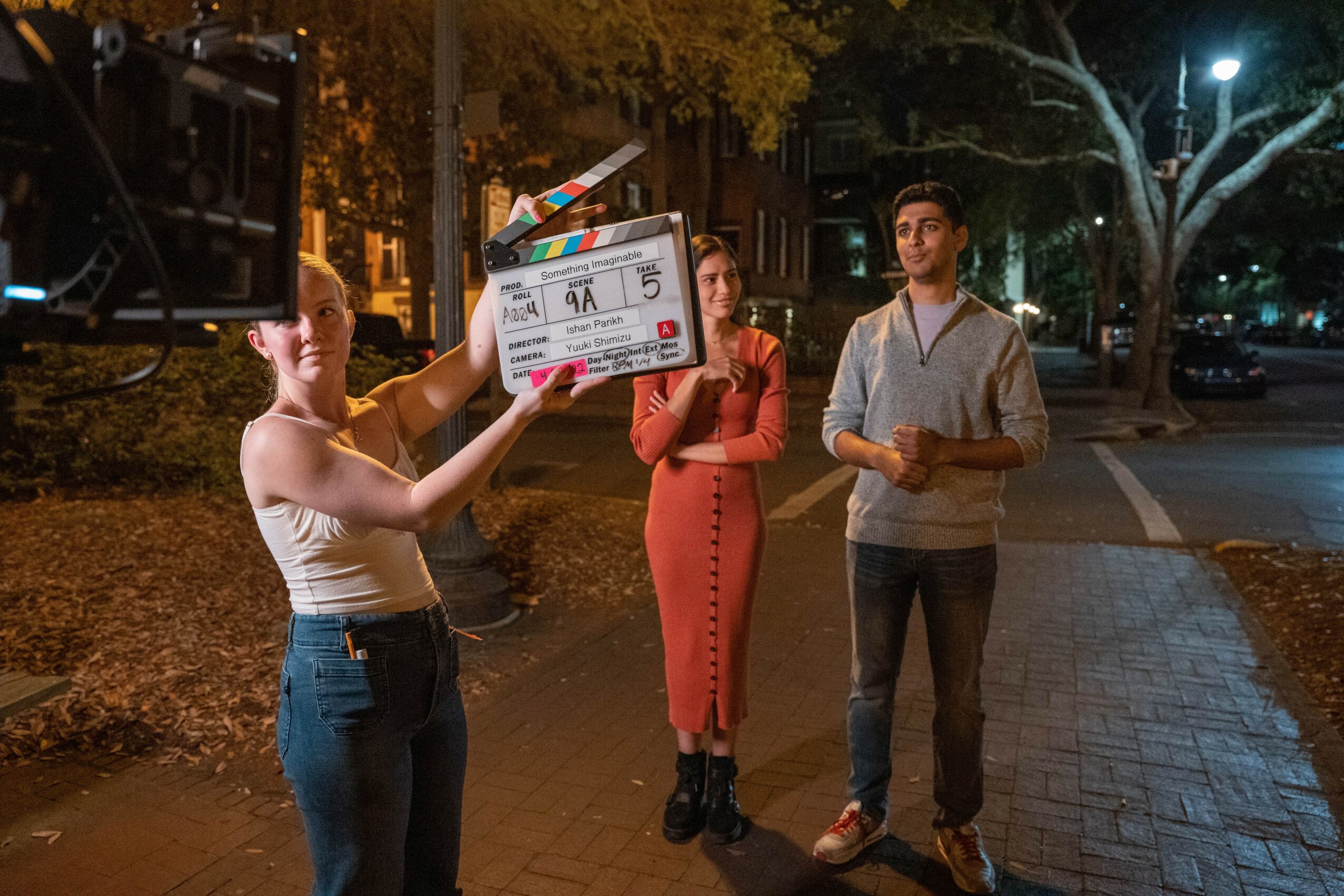 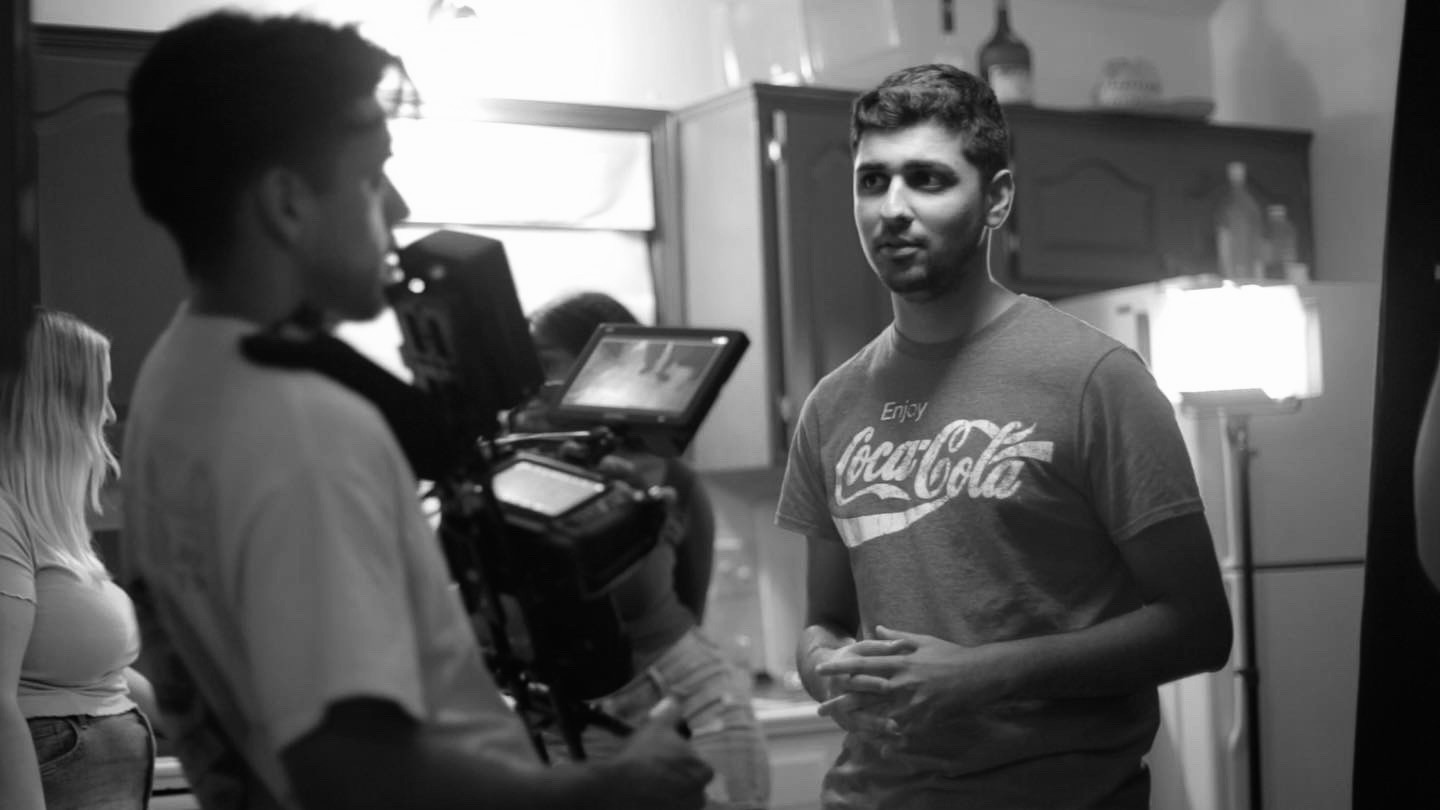 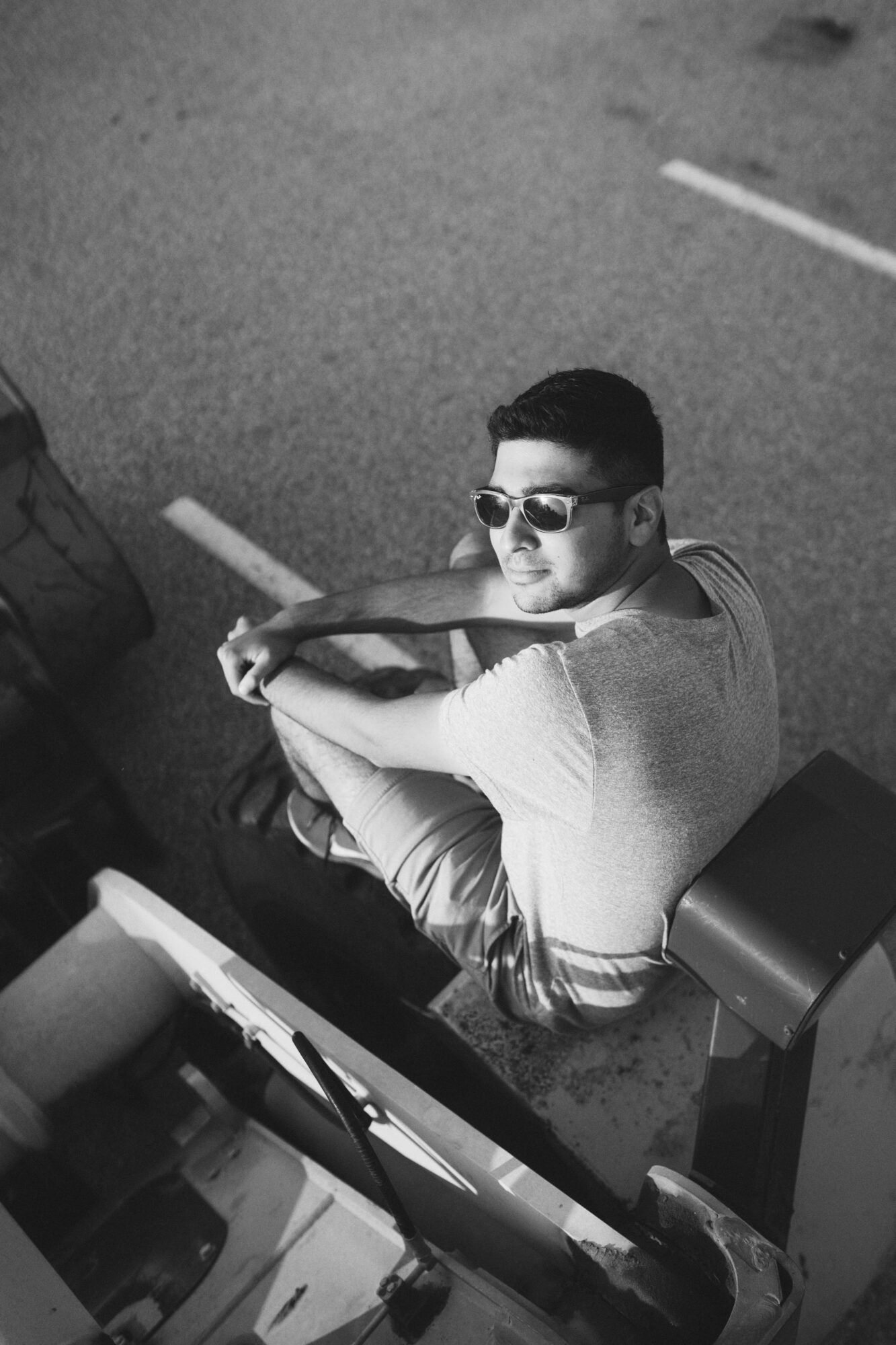