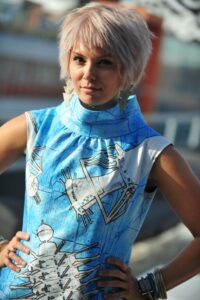 Today we’d like to introduce you to Heidi Van.

Hi Heidi, please kick things off for us with an introduction to yourself and your story.
I have been surrounded by theatre and the ritual of story-telling all of my life. My name is Heidi Van. I am an actor, creator and producer of experimental live theatre. I have developed and staged my projects at various spaces in Kansas City for the past 20 years. I like creating space for people, ideas and audiences.

I am the Founder of Fishtank Theatre – a generator of new work and theatrical activism and I am the founder of The Black Box – an ever-evolving stage in the West Bottoms. I founded the Fishtank Performance Studio, a 600 square foot storefront into a boutique theatre with window performance space, and utilized the building’s unique history and heritage to create a screening room and facilitated space for a conceptual writing lab. I also leased 1400 square foot studio that provides rehearsal and development space for new theatrical works and a space to house resident artists.

In 2018, that all changed, as the building changed owners and the refuge I had created was gone and I began to search for a new space for my art, Fishtank Theatre, and the theatre community at large. A super-venue. A truly versatile black box. A theatre hub, an art-house.

I found 1060 Union Ave in the West Bottoms. It’s a 1940’s cinderblock garage, and I fell head over heels of the high ceilings, the loading doors, the window from the second floor “booth,” and the large fenced-in back lot. Something very strong resounded in me that THIS IS THE PLACE. And I fought for it. The Black Box carries the torch lit by Fishtank Theatre to be that space. I created The Black Box to provide a space for creators of new work, for start-up theatre companies and artist entrepreneurs. The Black Box is a space to collaborate, edit, and debut ideas.

Can you talk to us a bit about the challenges and lessons you’ve learned along the way. Looking back would you say it’s been easy or smooth in retrospect?
The road has not been smooth. The structure itself needed work to accommodate the change in zoning and use. Real fun stuff! I learned a lot, sometimes the hard way. We were feeling pretty sure of ourselves with some successful fundraising campaigns, the welcoming of an additional company in the space and a booked production calendar two years out and then… the world turned upside down. Covid. We stood by as our medium became digitized, streamed, and almost erased. Physical connection and proximity is the language of theatre and no one had any answer, not New York, not the Union, not local organizations. We were in limbo.

We took the time to finish major projects and tackle a long-term goal of mine that was becoming our only hope – the outdoor space. We built a stage and piloted programs – live music, movies, stand-up comedy, staged readings… We got our liquor license. We built a bigger and even better stage this year and our production calendar is essentially booked through the end of the year! It was a long road. It was not a smooth road but I look around at The Black Box and I simply cannot believe it!

Appreciate you sharing that. What else should we know about what you do?
“A stalwart of the alternative theatre scene” (2010, THE PITCH) I challenge the way theatre meets its audience; installing performances in windows, on sidewalks, at prison, in a lingerie shop, an abandoned church – anywhere but expected.

I am the founder and Producing Artistic Director of Fishtank Theatre, a generator of new theatrical work, theatrical activism, and artist entrepreneurship. She is also the founder of The Black Box, an ever-evolving stage in the industrial West Bottoms. It acts as a spotlight in the world of theatre, shining a light on bold and provocative performances.

I am so proud of Fishtank Theatre’s nine-week run of Marilyn/God directed by Jeff Church (and starring myself ) was voted Best One Woman Show by the Pitch in 2016. I have also toured nationally and internationally, most recently to Uppsala, Sweden, with a performance installation of Elegy For A Lady, a one-act by Arthur Miller, which was also recognized in TIME MAGAZINE in 2013 for immersive theatre.

I like to represent KC in national conferences and projects. I presented at NYU’s educational forum Performance as Activism “Be Insubordinate: Creating Art in A Dystopian Society.” I am a playwright and collaborator in the national collective of The Every 28 Hour Plays, created in St. Louis in 2015. I have also created a micro: play series, Along The Line: A rapid-fire theatrical response to a specific moment in time. Original works include Death By Shakespeare, The Coppelia Project, Heaven & Hell, Good Men & Citizens, Aesop’s Follies, The Penis Monolgues (#1 show at 2015 KC Fringe) and many more.

I am a Charlotte Street Generative Performing Artist Fellow, THE PITCH MASTERMIND AWARD recipient and a proud recipient of the Robert Ra​uschenberg Foundation SEED Grant. I am a graduate of Artist, Inc. and the scholars program from The Block School of Entrepreneurship and Innovation and the Dell ‘Arte International School of Physical Theatre in Blue Lake, CA.

Can you share something surprising about yourself?
Everything I do absolutely scares me and that is the reason I do it. I think we are all fueled by fear and the fear of failure. I walk the tightrope of risk and failure everyday and try to put one foot in front of another, breathe, and keep my eyes on the prize. 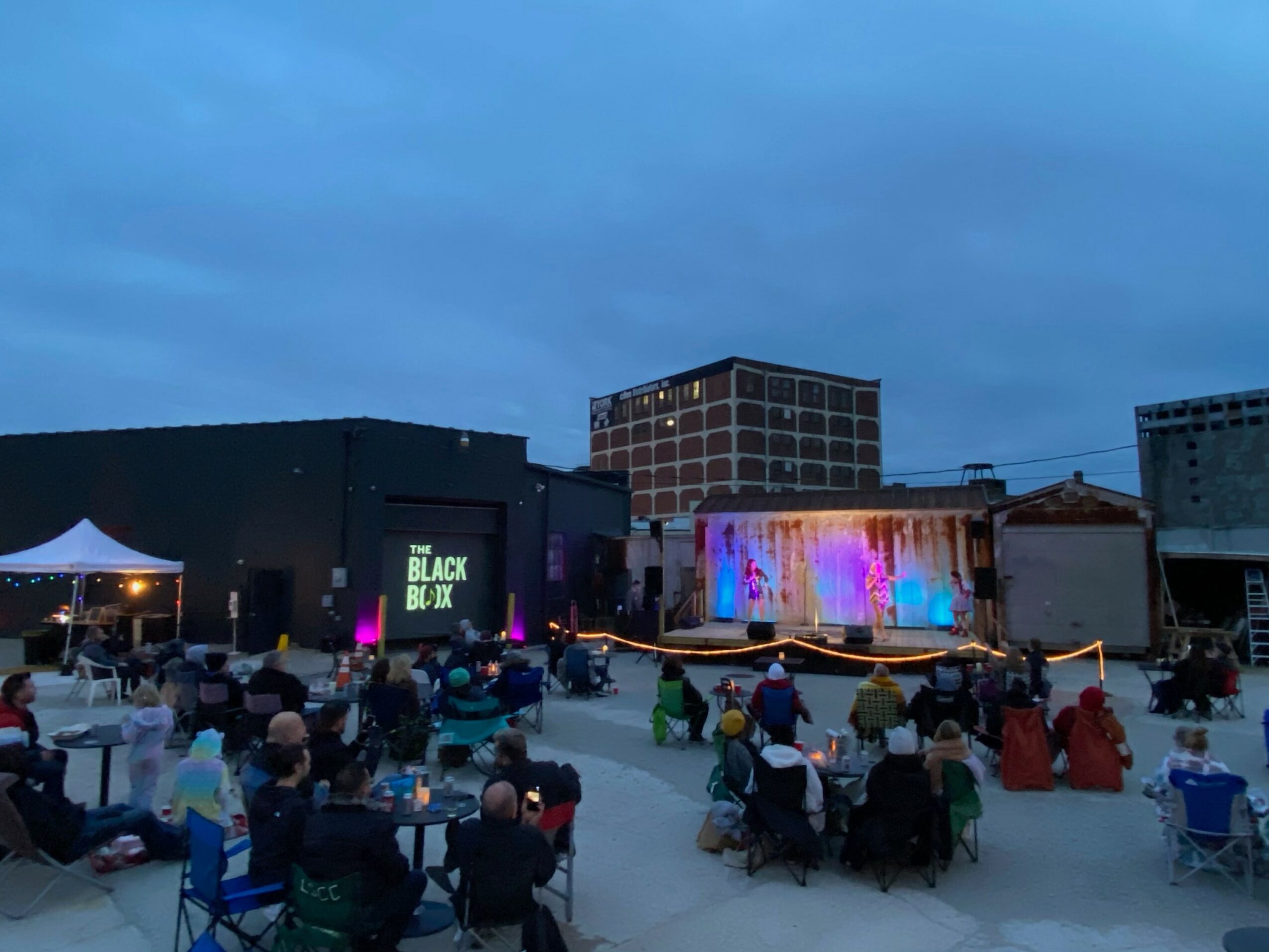 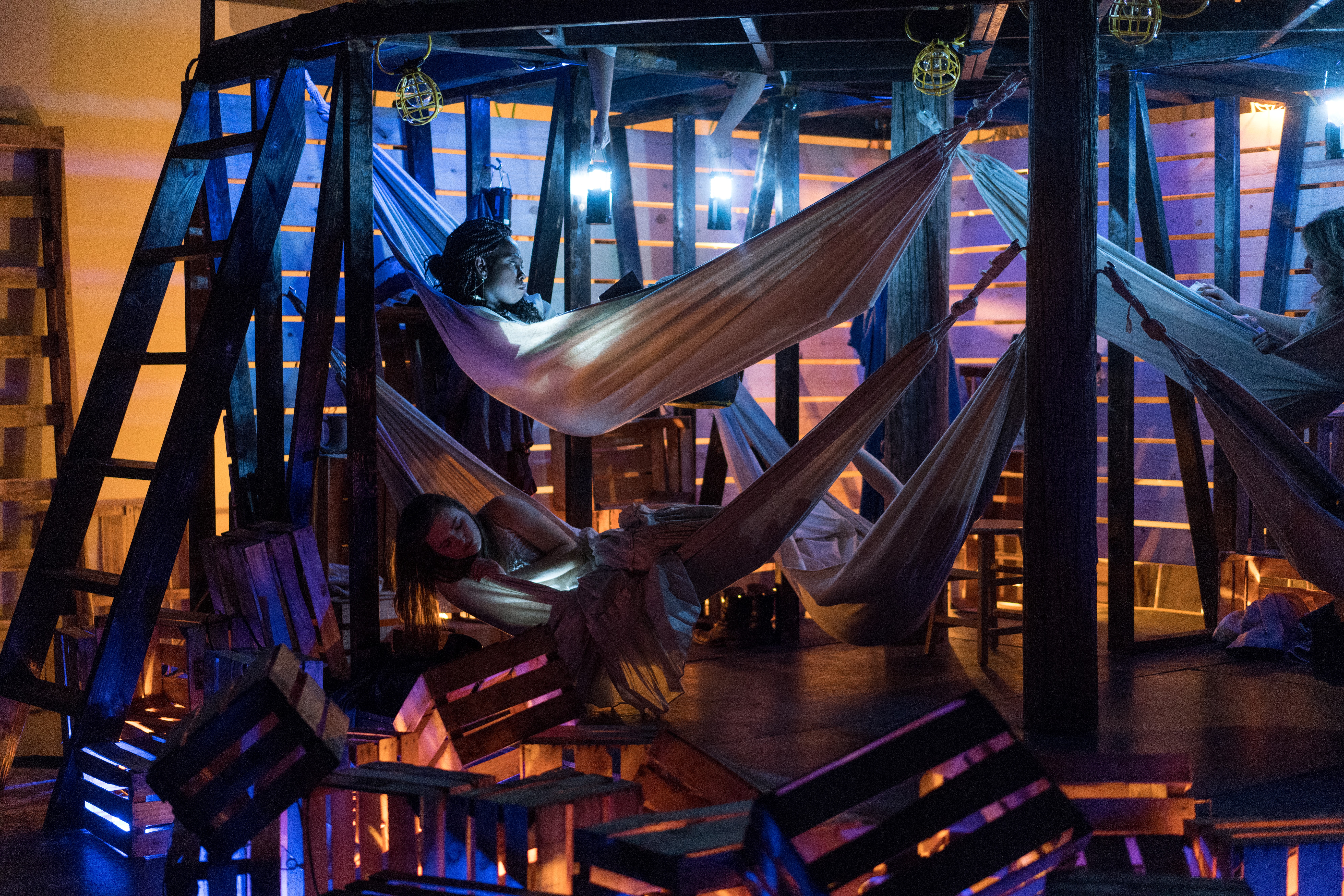 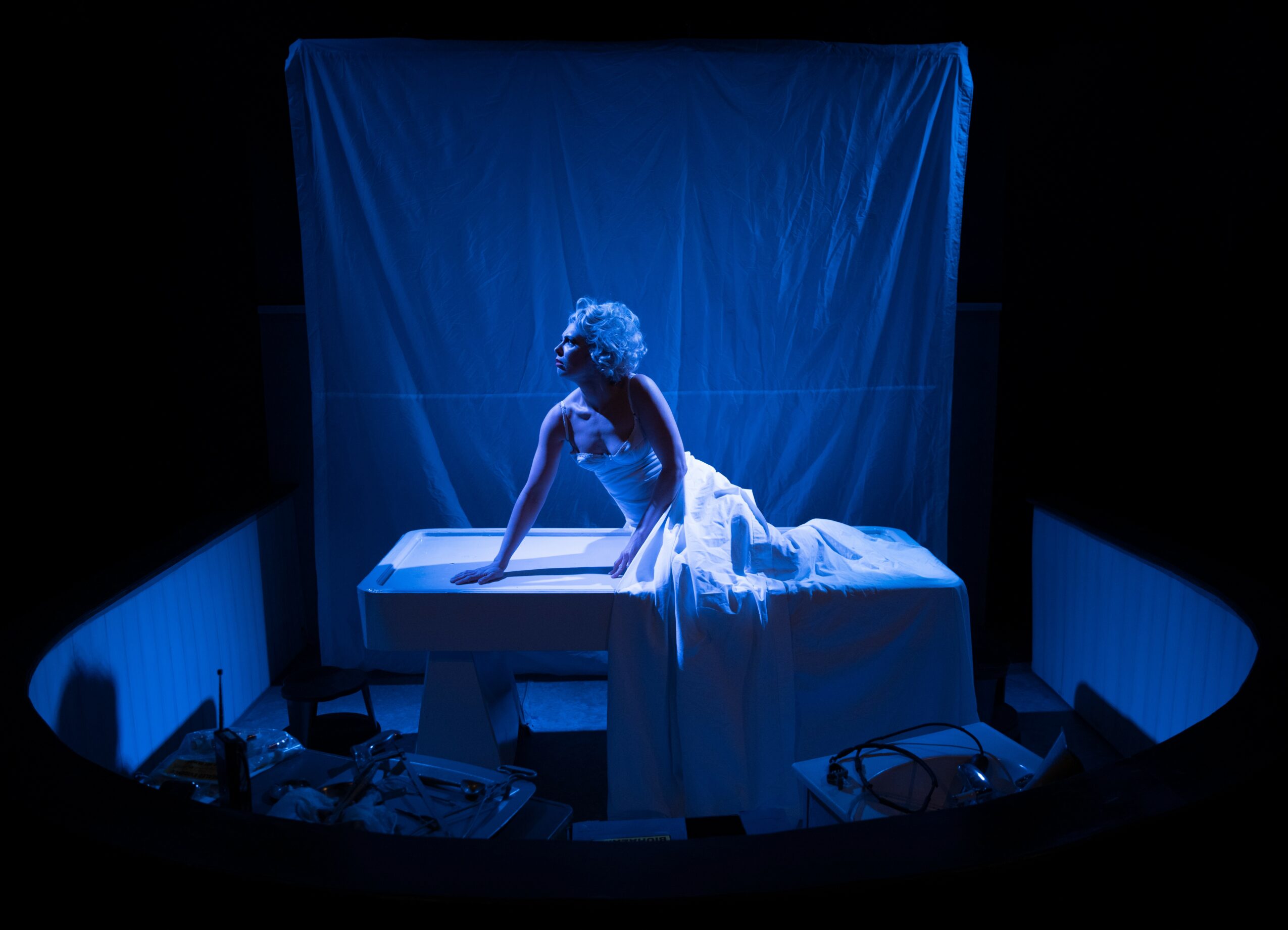 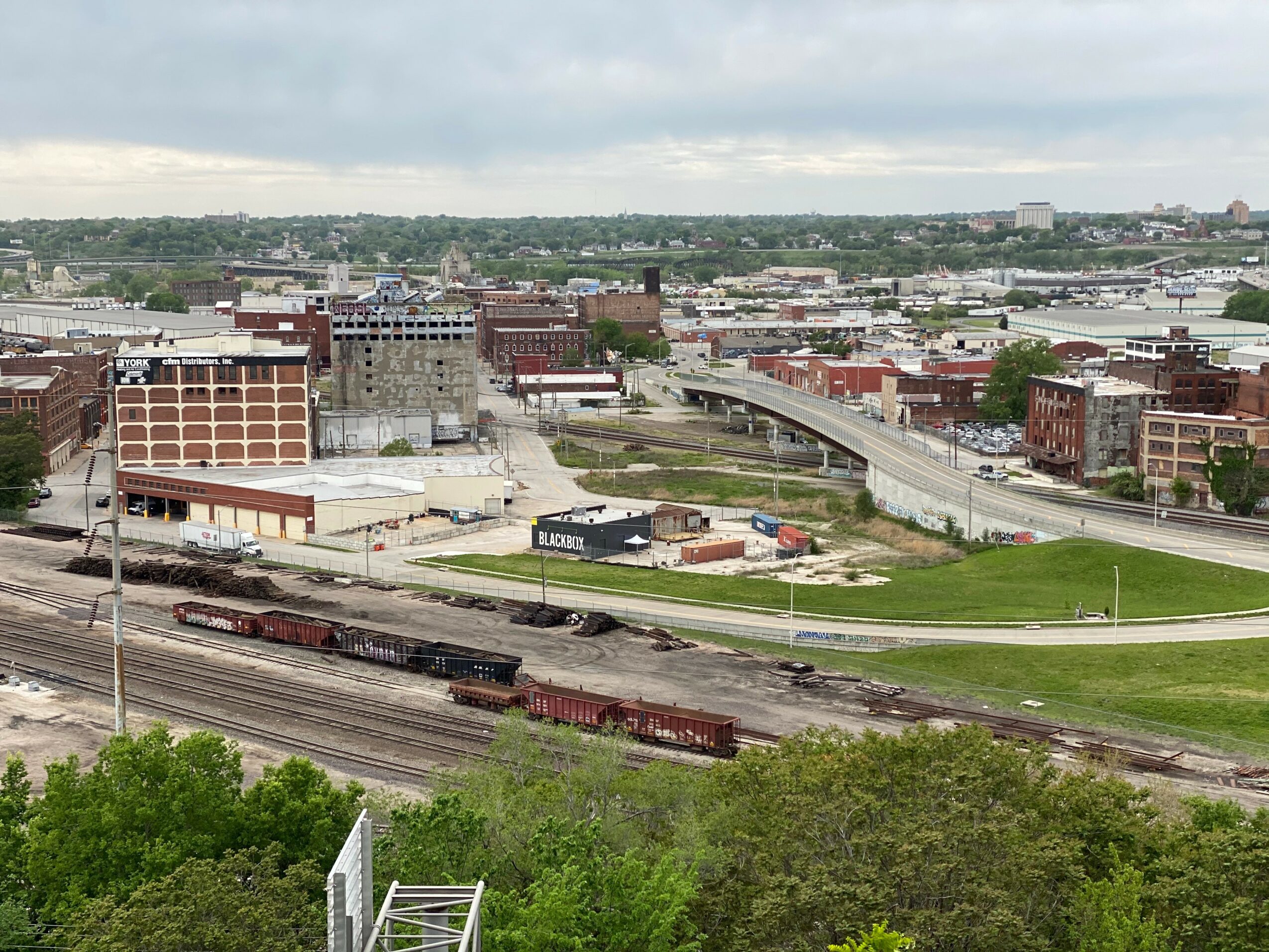 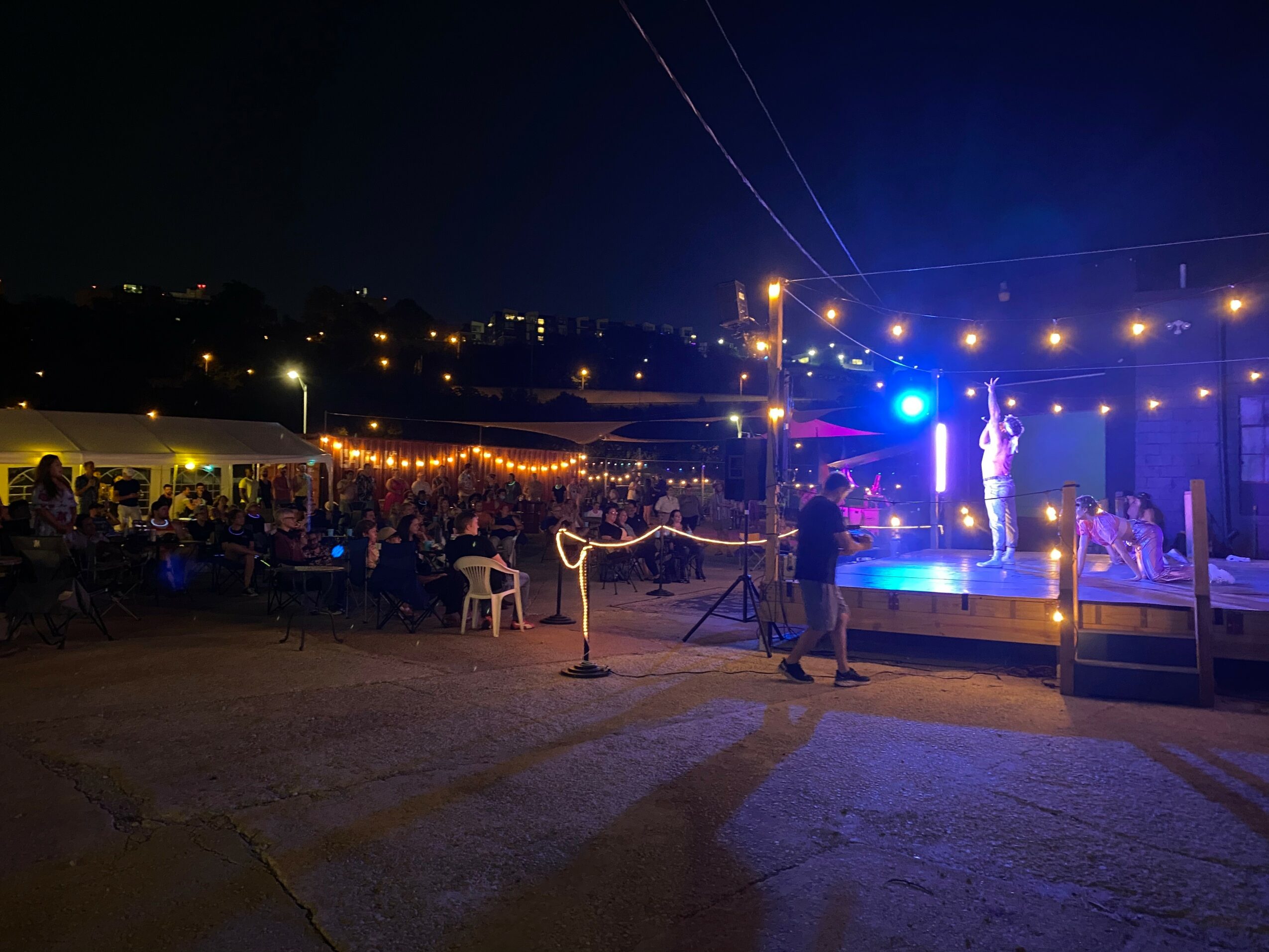