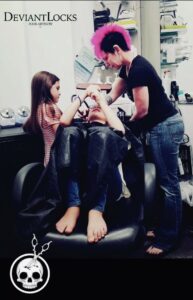 Today we’d like to introduce you to Pam Ranker.

Hi Pam, we’re thrilled to have a chance to learn your story today. So, before we get into specifics, maybe you can briefly walk us through how you got to where you are today?
I’ve always wanted to do hair. It was my driving force in a recovery from an ugly car wreck and what made me get a Diploma. At 12, I was in a car wreck, we were hit by a drunk driver. We jumped the curb, hit a telephone pole, and rolled four times before coming to a stop. I was diagnosed with separated C6 and C7, broken ribs, and a pinched nerve. I’ve still never met the man who wrenched the door open and got me out. I had to learn how to walk again and write as well as use simple household items. Every time I’d throw a fit (or item) my folks would say “You wanna do hair, right?” So after a year of much swearing and throwing things as well as being in a halo brace and having double surgery to fuse my neck, I’m pretty much whole! I’m certain the whole incident was to show me just what can be overcome if you want something enough.

I worked through cosmetology school and went on to work at several chain salons. But it was the one ‘upper class’ salon I worked at that caused me to start my own micro salon. The owner and I fought pretty regularly, even more so after I took a three days class he didn’t want me too. He had good reason, that class changed my life. I started looking for a spot of my own. After yet another argument, I had enough, I took $250 and put it down on a suite. I guess I rage quit, anger ain’t so bad when channeled in a positive direction. I got all my crazy squirrels in a row and tried to give my two weeks notice. Again, it was pretty ugly. Much to my surprise, he told me two days later that my last day would be tomorrow. That was fine by me, I had already planned a couple of landing spots to host me until my space was done. With the help of Kelly at Sola and an amazing distributor Connie Rork, I was up and running in two weeks. All it took was my motivation and $250 dollars.

Alright, so let’s dig a little deeper into the story – has it been an easy path overall and if not, what were the challenges you’ve had to overcome?
Has it been a smooth road? Lol. Is life ever? My dad told me, “all you have to do is survive. You dont have to be first or best, surviving makes you a winner. All you gotta do is survive” You just go do what needs to be done. Sometimes it’s hard to see what it is that needs done but when you do, you either go around, over or through it. You get a choice every day, survive or be beat. That’s not really a choice in my opinion. I survived a lot. I broke off unhealthy relationships as soon as I recognized it. I’ve survived drug addicts, abusers, users, you name a stereotype and I’ve probably dated and ditched one. One of those gave me my beautiful daughter. But babies aren’t a reason to accept being treated poorly. You never have to accept being treated badly. I was determined that she learn that from day one.

I worked a lot of hours at a lot of jobs, including working in a grimy hell hole in aircraft. But it paid the bills and gave us insurance. That was all that mattered.

Along the way, I made some real ride or die friends. People who were judged or lost. People who just needed someone to tell them that they could do the thing. That there WAS someone who cared. I could do that. I could encourage them, be there, be the one soul who didn’t judge them for anything. You know that song. All my friends are heathens? Yeah, they are. And we will do anything for each other.

We’ve been impressed with Deviant Locks, but for folks who might not be as familiar, what can you share with them about what you do and what sets you apart from others?
I started Deviant Locks so people could come and be themselves. I wanted to do fun hair and meet great people. I wanted to not wake up every day thinking how much I hated my job. My people are the misfits, the punks, the rockers, the outcast. Those that deviate from society norms. They’re also doctors, realtors, people who work for the treasury. I accept them all. I know what it’s like to not be accepted. I don’t allow that on my watch.

My day can be a wild crazy rainbow color or a simple cut. I do sophisticated cuts and can cover grey all day, anything really. I’ve heard my people tell me over and over that they are still getting compliments the day they come back. I live for that shit! That makes me happy. I focus not just on what we are doing today but how will it grow out! Can they commit to a hard line schedule, or is a budget an issue at times? Are you 15 and mom is giving you rainbow hair but you’re gonna swim all summer? Let’s talk about that… and what that grow out looks like. I mean, I want your money, but I want you to get really great value too.

I absolutely LOVE when someone finally looks in the mirror and their face just lights up! They smile and gasp seeing what they really got is what they wanted and it looks good! Seeing that their style and pizzazz are more than what they even hoped. I

I think the thing that sets me apart is I take budgets into account and explain the whys and what’s. If it needs to be adjusted, we work on getting things to come together. “That’s not possible” doesn’t mean no. It means let’s talk some more about parameters and see what we can do. I take a lot of pride in being able to work with/around rules. That’s what Deviant Locks is about. Knowing which rules can be broken. Knowing the consequences and figuring it out. Is pulling part of your hair up to hide some color worth it? Should we share your weird with the world in an undercut so you can hide it by wearing it down? Or do we need to show the world that you are a polished professional? What does that look like to you?

I like to find answers and make things happen. Making people accept their own kinda pretty is the greatest feeling.

My mission statement says it all really.

To consciously make daily efforts to encourage and enable our clients to embrace and love themselves so that they can in turn, make a more positive impact on the people whose lives they touch. We firmly believe that by living and teaching love that we can help transform people into better humans to create a better life for each other as well as our community and hopefully create ripples far-reaching enough to eventually impact the world.

It all starts with great hair.

How do you define success?
Honestly? It’s been the same my whole life. Being able to go buy food and getting EVERYTHING without having to worry how to pay the bills or the rent. Not having to put some back because we need that money for something else.

I don’t live fancy, and my budget is pretty small, but I have enough. That’s all I ever wanted. 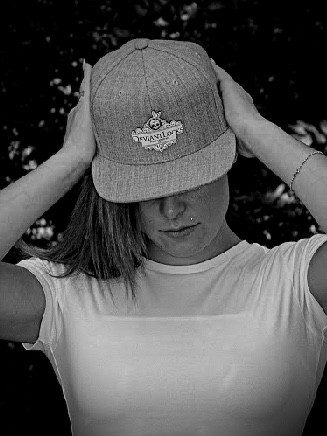 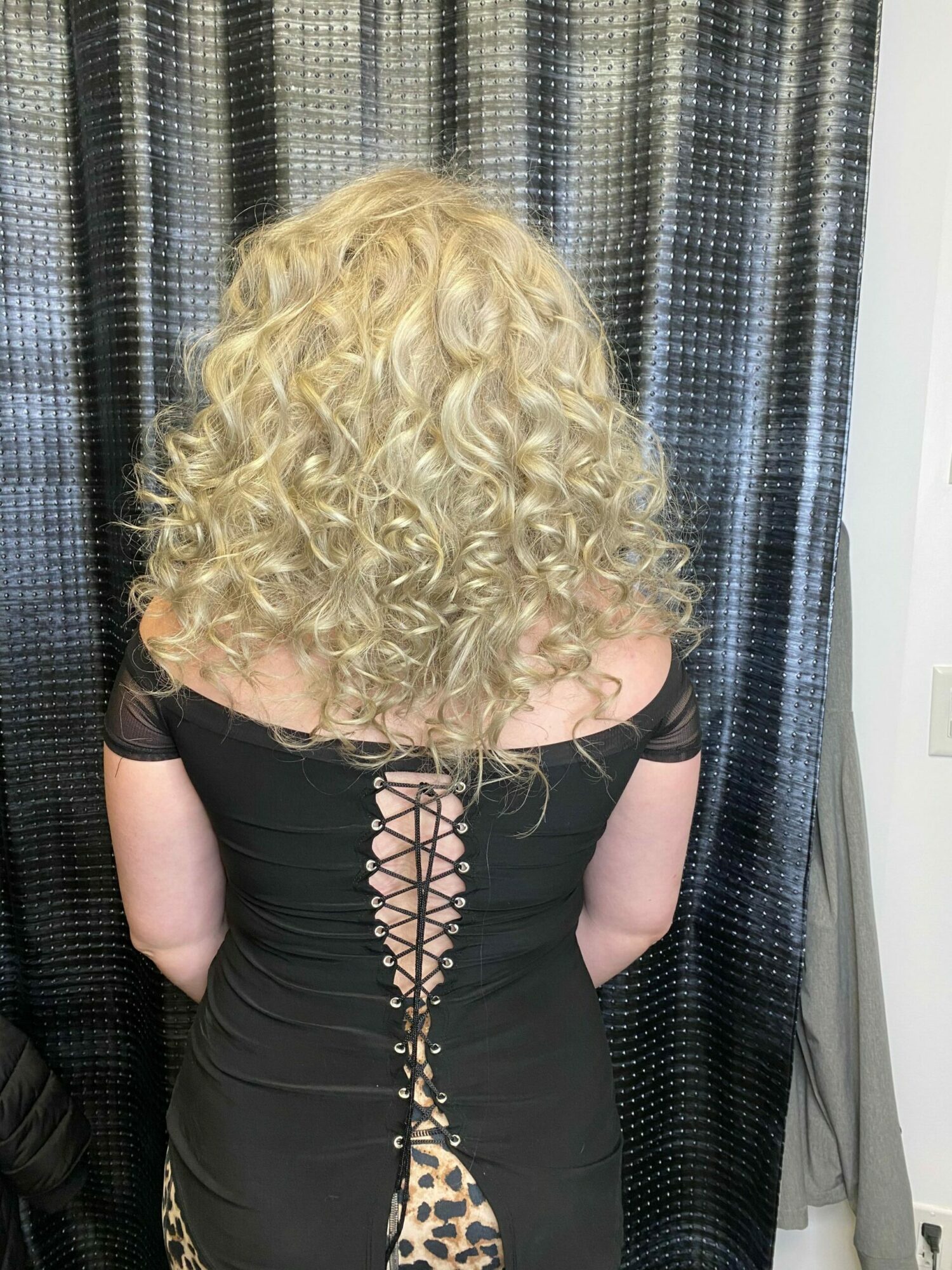 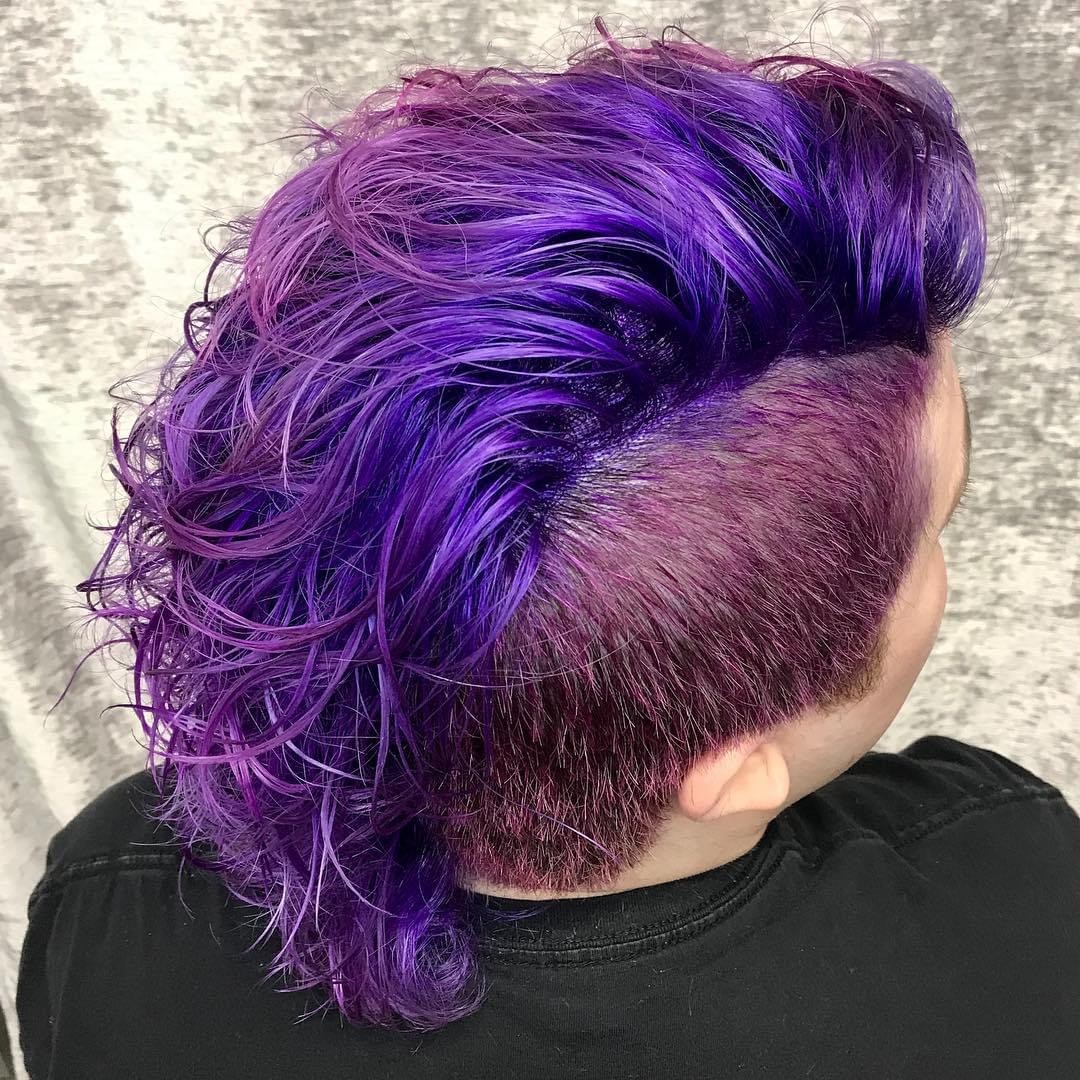 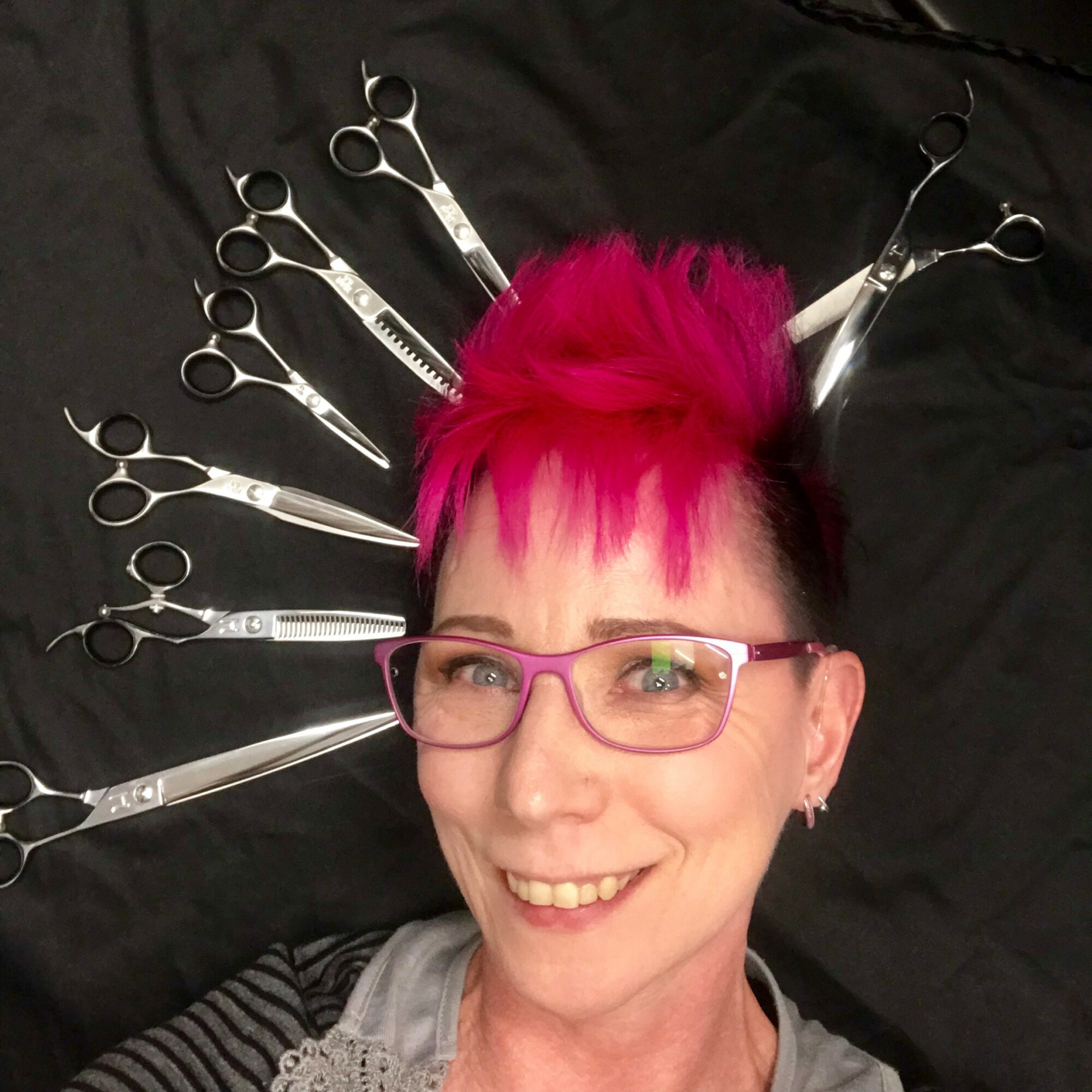 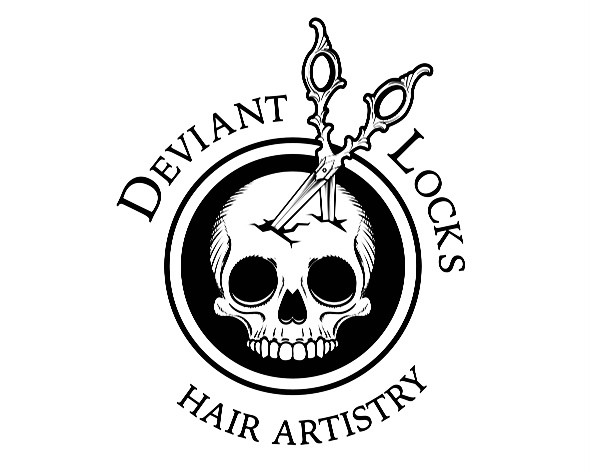 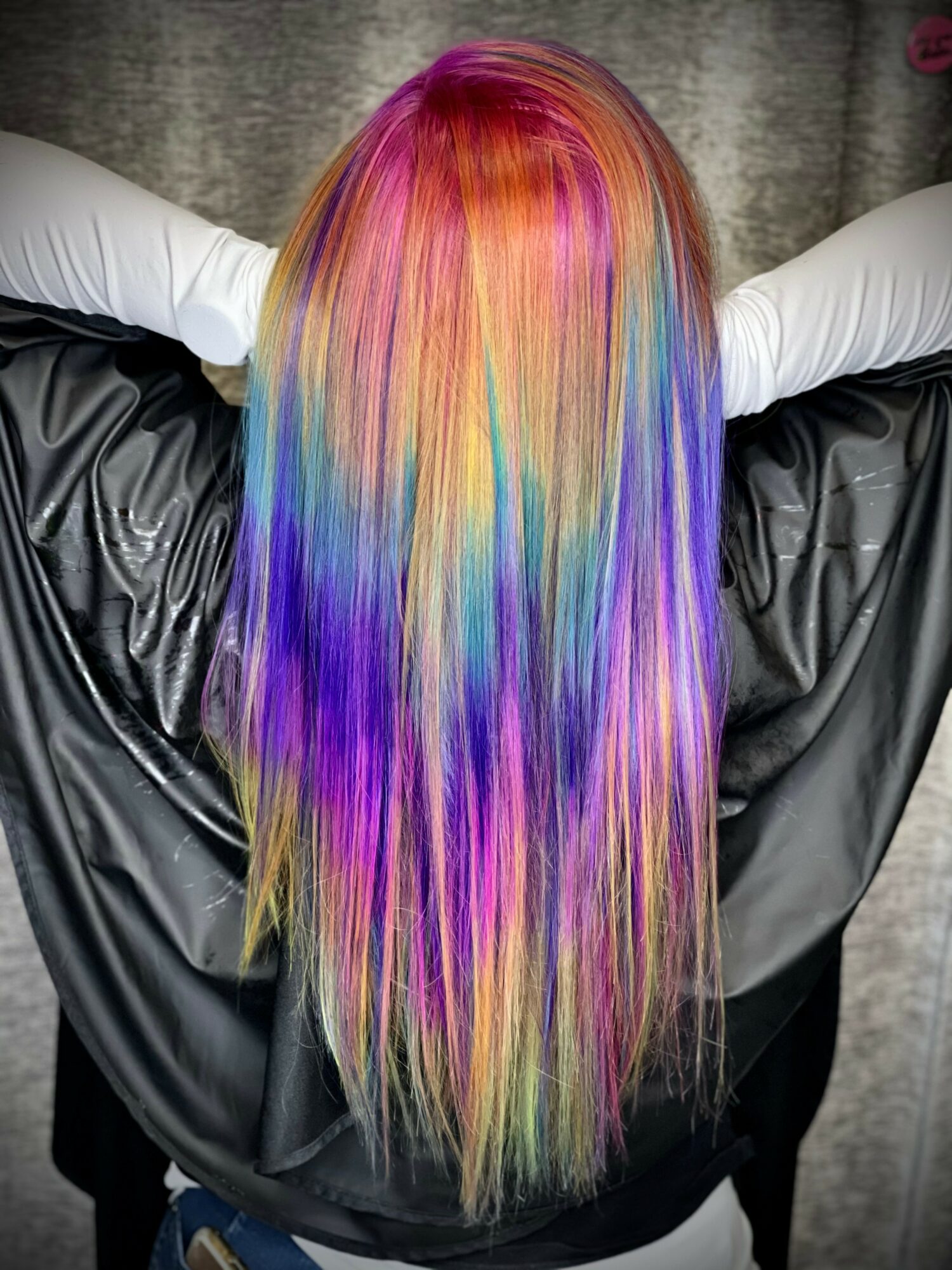