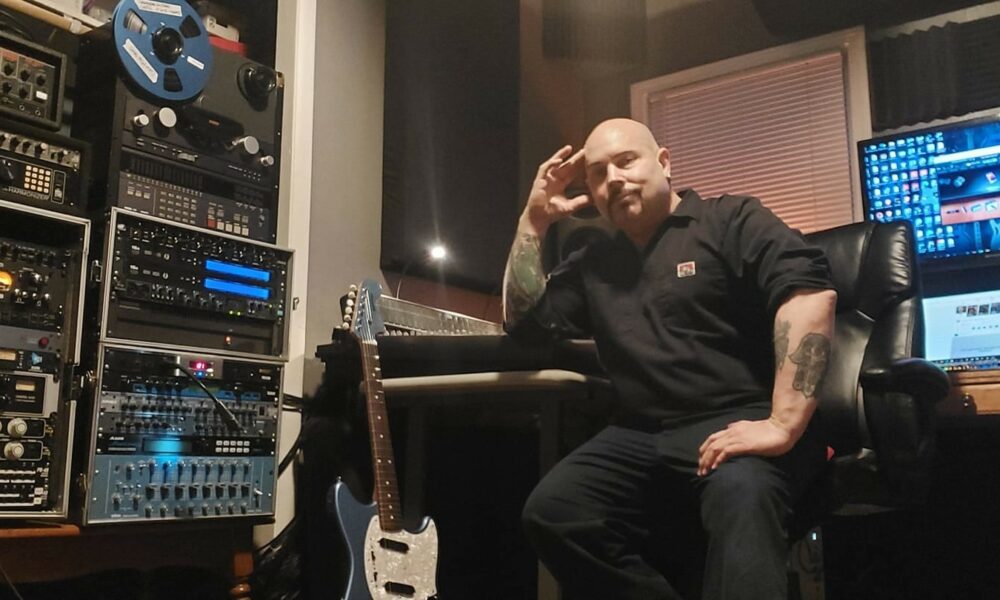 Today we’d like to introduce you to Scott Martinez.

Hi Scott, so excited to have you on the platform. So before we get into questions about your work-life, maybe you can bring our readers up to speed on your story and how you got to where you are today?
I have been a musician for 35 years and released my first album when I was 19. I fell in love with the recording studio and was always there early and the last one to leave. This is back in the day of tape with not a computer in sight. I still have that old analog equipment and will employ it to achieve the best results of that world and then combine it with the best that digital can offer – simply because I know what each are capable of.

When I was in the studio with my band back in the 80’s, we always said that if we got a cash advance we’d invest in a recording studio – for the eventuality of WHEN our band would fall out of favor. This way, we could still make money in the music industry. Well, the advance never came, and it wasn’t until the early 00’s that technology really made it possible for people like me to be able to make decent recordings at home. Of course, once I had a taste for it, I began investing in and collecting professional gear to bring me to where I am today.

We all face challenges, but looking back would you describe it as a relatively smooth road?
I don’t think anything is ever smooth in life? I did the studio full time for many years, and then when I divorced and lost my space, it’s been a bit to get things built back up to where I can take on full-band projects again. But I made do in the meantime and recorded many albums in the spot where I was, including my own band’s album (doing drums in the living room when my landlord was away.) Obviously, you need a good space to be able to do multi-tracking and isolate amps and such from performers, and it wasn’t until recently that I got all of that back again. I was inspired by Led Zeppelin recording with the ‘Stones mobile rig in that English Mansion, and Les Paul would rent apartments based upon their sonic attributes. You don’t HAVE to record in a PERFECT place!!

One of the other things was, during the past year, my main studio computer was aging and wanted to die. I had replaced it with another super computer before that happened, but when I went to copy my – quite complicated system – over to it, I discovered that the systems were too different! So I had to completely rebuild and reconfigure my entire system – which is an incredibly complicated and time-consuming thing. I run a hybrid analog and digital system, and everything has to be configured just so or NOTHING works. I have had to do it TWICE!

Thanks for sharing that. So, maybe next you can tell us a bit more about your work?
I am always a musician first. I started a band called Alice Sweet Alice back in 2007 as a personal project, and I still do that to this day. I actually built this studio mostly for my personal work but decided it was too good not to share. I played bass for most of my musical life but recently switched to guitar which has been a completely new challenge and learning experience to add to everything else I have going on. Never a dull moment.

I am very proud of the discography Alice Sweet Alice has output: 6 albums and many singles, and especially our most recent album “Circus Maximus-The Modern Bloodshedding” (the album I recorded the drums in the living room). I am proud of this album especially because I recorded the drums using my 1/2″ reel-to-reel recorder and then transferred them over to digital. The drums sound huge, wonderful and fat. It’s something I’ve been wanting to do since the beginning of my studio. A lot of studios at my level don’t have the ability to do this, and I think my hybrid system sets me apart from most project studios with that ability.

I also do basic instrument (guitar and bass) mods and setups, and I’m getting into building effects pedals. Fun stuff to play around with during a session.

So maybe we end on discussing what matters most to you and why?
Related to recording – what matters to me most is PERFORMANCE. You could have the BEST recording, but if the performance is messy, weak, uninspired – that’s honestly what people are going to notice most. Of course, that having been said, the second most important is capturing everything right from the beginning. I don’t really believe in recording “scratch” tracks. As a musician having worked in many studio sessions – I was always upset that my work during drum tracking had to be discarded and I had to do it again for things to be properly recorded. Usually, my first takes were the best because I was fresh, and having to do them again was a struggle. I don’t do that to my clients. I spend a great deal of time (though I work quickly) getting sounds right from the beginning. In the long run, it makes everything better. I am able to capture an inspired performance, and it makes my job mixing easier when it comes time for that. 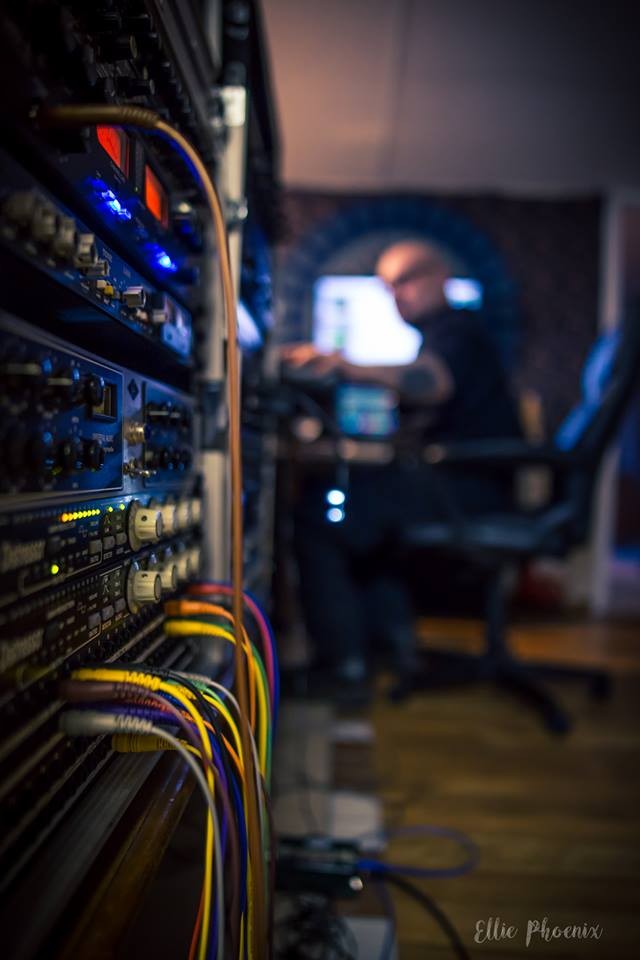