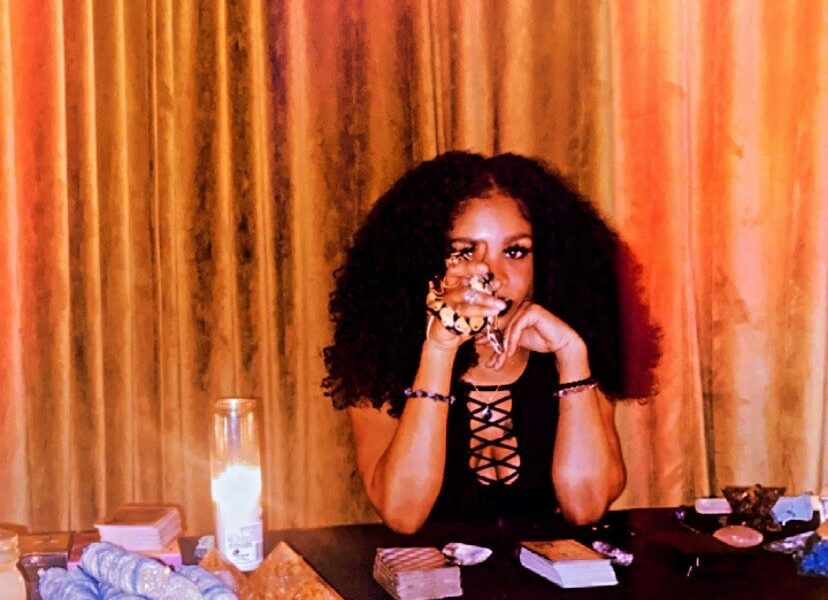 Today we’d like to introduce you to Solaris The Hii Priestess.

Hi Solaris, we’d love for you to start by introducing yourself.
I originally began my career as an elementary school teacher but I was doing tarot readings on the side. I owned a deck of cards and I was exposed to the occult at a young age from my father’s side of the family. I then had the opportunity to give tarot readings at a Halloween party that my boyfriend was hosting. He was looking for something distinctive to add to his event. From there, things took off for me and I was able to quit my job as a teacher six months later and become a full-time tarot reader. I also started my own holistic herb business called Medicine Mamba because I love merging spirituality, herbs and astrology to promote healing.

Alright, so let’s dig a little deeper into the story – has it been an easy path overall and if not, what were the challenges you’ve had to overcome?
It’s been a beautiful road of trusting Spirit and surrendering. Even when I feel like I might fail. Spirit always shows me that I am exactly where I am supposed to be and I am in perfect Divine Alignment.

Can you tell our readers more about what you do and what you think sets you apart from others?
I am known as Solaris the Hii Priestess and I specialize in tarot and astrology readings. I also have my own holistic herb business called Medicine Mamba, where I have a plethora of herbs and sea moss available for purchase for healing. I am located in Austin, TX. My services are done both in person and virtually all over the world. I have been featured on several podcasts and I was highlighted in a two-page spread in TimeOut Austin, Bustle and InStyle magazines. I have been hired as a featured tarot reader at art shows and concerts, including in the VIP section at the Mala Luna Fest in San Antonio.

I have been doing metaphysical therapy for seven years now here in Austin. I do not proclaim myself to be a psychic and my services do not interfere with religious beliefs as I call my sessions metaphysical therapy. My goal is to open the door and merge spiritualism to art (they are one in the same) since I’d like for it to be more understood and approachable. I’ want tarot and astrology to be an experience and a guide to self-awareness.

What are your plans for the future?
My plans for the future include opening up my own metaphysical store, organizing spiritual retreats, providing a safe space for women to tap into their Divine Feminine Energy and teaching people how to heal themselves. 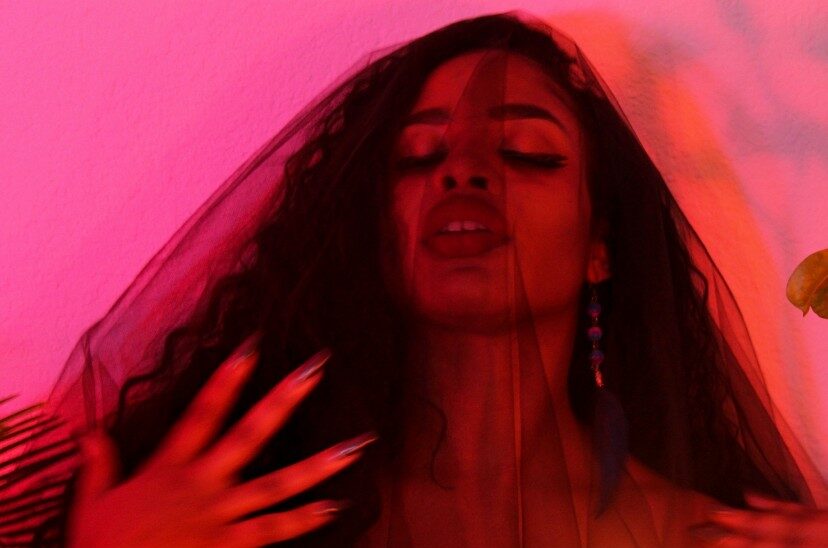 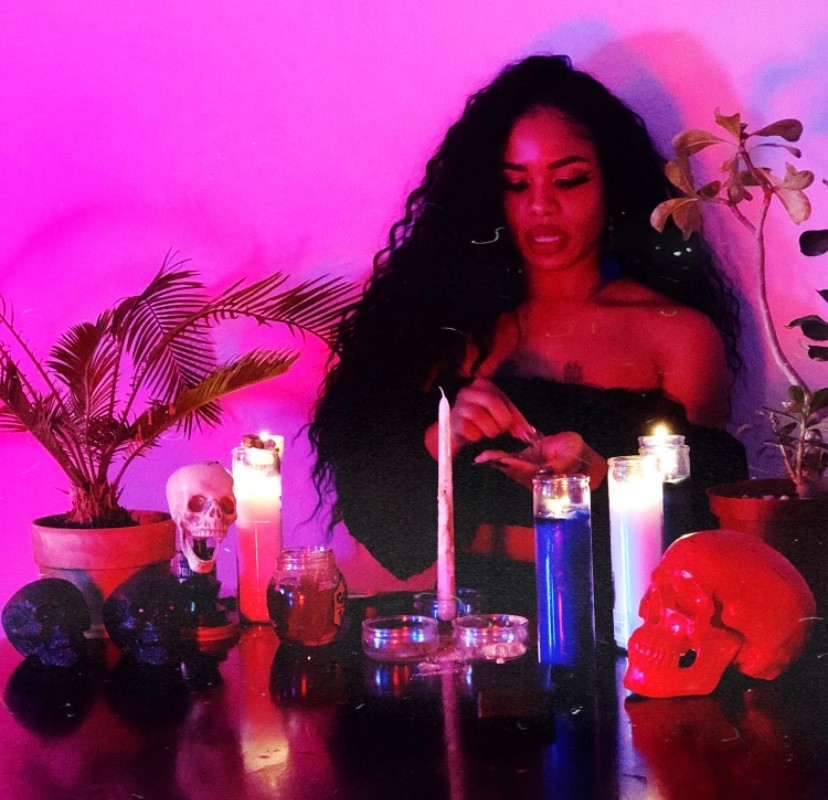 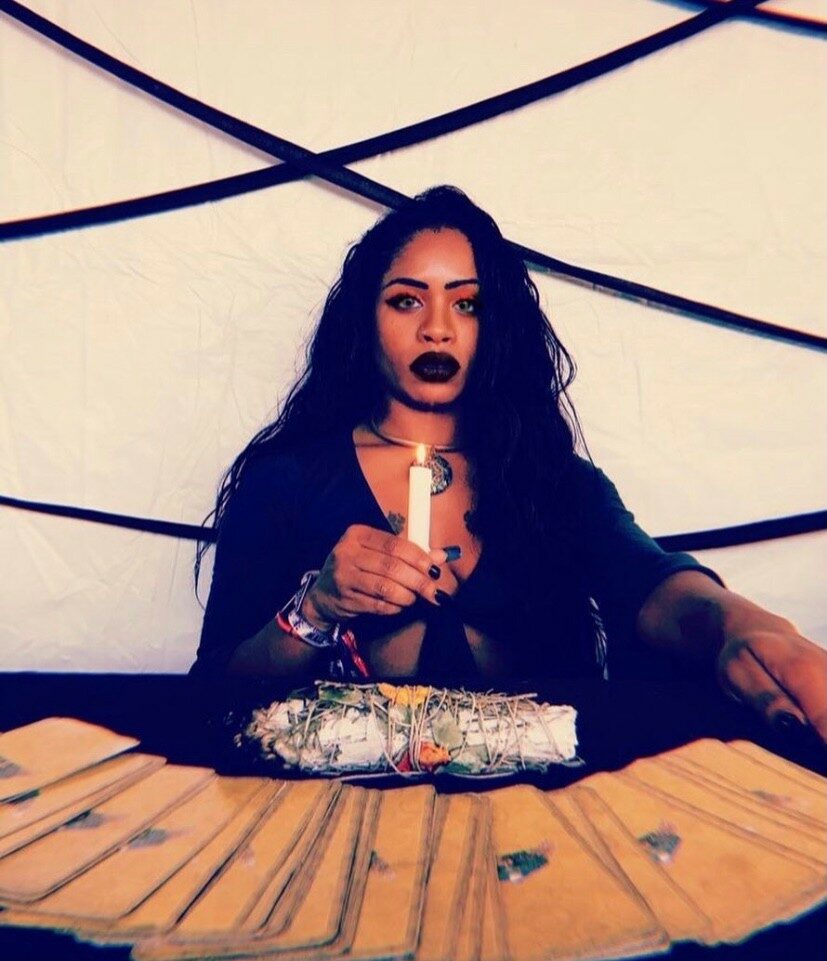 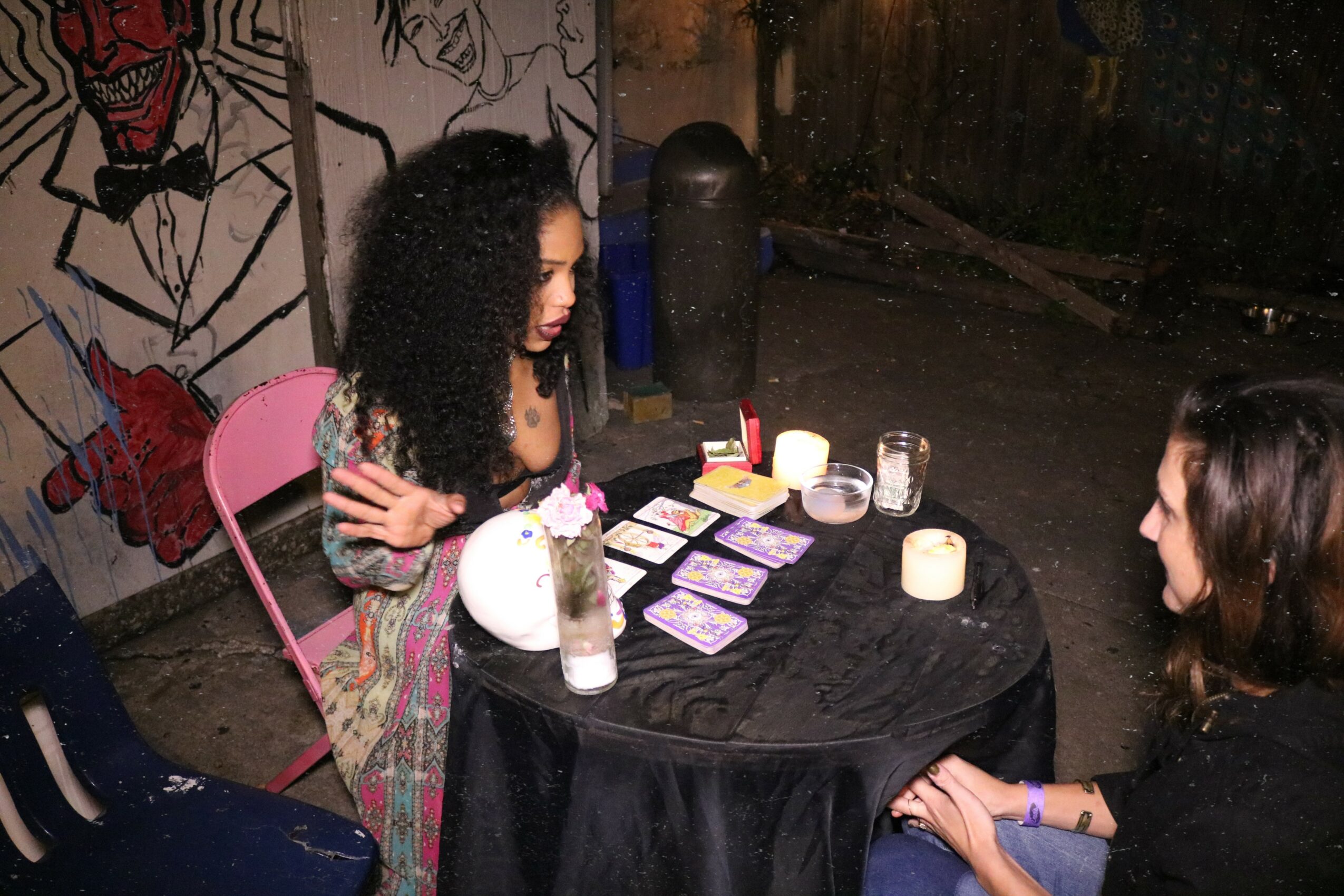