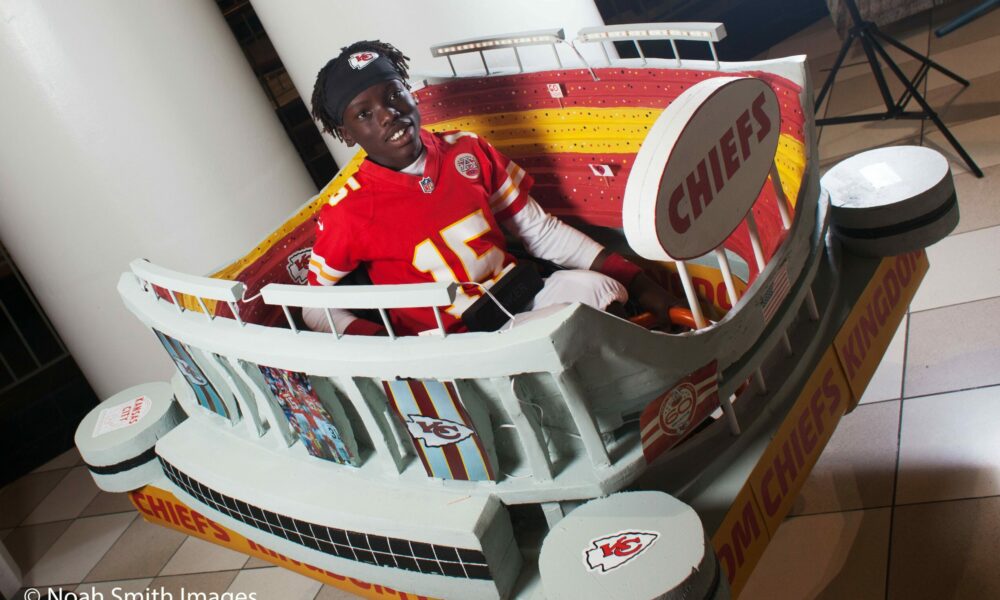 Today we’d like to introduce you to Lon Davis.

Hi Lon, so excited to have you with us today. What can you tell us about your story?
In 2005, our son, Reese, was born with cancer. The tumor crushed his spinal cord leaving him with limited mobility in his legs. Three years later, he got his first wheelchair. When Halloween came around, I asked Reese what he wanted to be. He was into the Pixar film, “Wall-E” and said that’s what he wanted to be. I knew I couldn’t buy a costume that would work with his wheelchair, but I thought it’s a perfect costume to build around his wheelchair. So that’s what I did. It was a huge hit, not just with Reese but across social media.

Since then, he’s challenged me to come up with even bigger and more elaborate costumes every year. Not only does he absolutely love this, but newspapers and websites began picking up his pictures and sharing them. That’s what put the wheels in motion. Requests quickly started coming in from all over the country, and Walkin’ & Rollin’ Costumes was born.

Today, this non-profit organization is dedicated to building costumes for kids in walkers and wheelchairs, free of charge to the families, made possible due to the kindness of over 150 volunteers around the nation and donations to help cover the costs.

We’ve built over 100 costumes for kids all over the nation. From Toy Story characters and modern-day superheroes to Star Wars-inspired and pretty princesses, we’ve covered the gamut in making dreams come true. We started with a Kickstarter campaign, but thanks to getting featured on the national and international levels, we now have companies and organizations wanting to sponsor and high schools wanting to build as part of their STEM program. We’ve even been featured guests at Comicons across the nation!

Alright, so let’s dig a little deeper into the story – has it been an easy path overall and if not, what were the challenges you’ve had to overcome?
The biggest challenge has been the demand for the costumes far outweigh the number of costumes we can build each year. We have a waiting list that some kids have waited for over a year to get their wheelchair costumes. We do try and build the costumes year-round, but a majority of the requests and a majority of the costumes we build are right before Halloween. We host workshops to build multiple costumes in a weekend with about 40 volunteers, as well as work with schools around the nation via Zoom calls. The schools build the costumes as a STEM project and the kids learn about inclusion, what life is like in a wheelchair, and end up building a costume for the child that they are extremely proud of. For them, it’s no longer about a grade on the project, it’s about getting it right for the child.

Even with all of these teams around the nation, the waiting list grows faster and faster. You can find the current waiting list on our website at www.WalkinRollin.org/2021.

Obviously, with Covid, last year was very rough for us, as well as all non-profit organizations. We were not able to host the workshops, schools weren’t able to participate in the STEM projects, and donations dried up. 2021 is going to be a year of recovery for us. We are hoping to bring back the workshops later this summer, and we hope schools will be able to start again in the fall. As for donations, we are hosting a Virtual 5K/10K starting June 1, 2021, to help raise funds in order to pay for the costume requests we will be building this year. Each costume we build takes roughly 150 hours to build and $250 in materials. Then if we need to ship the costume to the child, that can range anywhere from $150-$500 depending on where we are shipping it and how big it is. The furthest we ever shipped a costume was a Blackhawk Helicopter costume to a child in Hawaii. That costume cost $1,500 to ship. There is a lot of time and love put into each and every costume.

Appreciate you sharing that. What else should we know about what you do?
Many people ask what my background is and how I got into building elaborate wheelchair costumes. I graduated from the Kansas City Art Institute with a degree in Graphic Design/Illustration. My goal was to be a Disney animator, but my senior year exposed me to the world of advertising and marketing. I ended up working for Bernstein-Rein Advertising before working for multiple companies as their sole marketing department.

When my son asked to be Wall-E for Halloween, I had never built something 3D. I had always worked on paper or in the computer. So this entire journey has been a learning experience for me and my son. Reese was 3 when we built our first wheelchair costume, but since then, he has grown to help design, build, and lead teams of volunteers to build many costumes for other kids. He’s now almost 16 years old and is studying Engineering at Olathe Northwest High School, the first school we partnered with for their STEM project. Reese hopes to become a Disney Imagineer and help make the Disney Theme Parks even more inclusive for people in wheelchairs.

What matters most to you?
The most important thing in this entire non-profit organization is to make the child’s dream costume a reality. Often people look at what we do and dismiss it as we are just building a Halloween costume. What’s so amazing about that? The truth is so much more. Typically, these kids are not able to participate in things that other people take for granted. When they go to school on October 31st, the other kids dress up in costumes for a school party, but kids in wheelchairs have more difficulty not only getting dressed but in the eyes of their peers, they are still thought of as “the kid in the wheelchair.” Yes, they can dress up as Batman or Cinderella, but it’s not as convincing since they are still in a wheelchair. However, when they show up as Batman in the Batmobile or Cinderella in the Pumpkin Coach, everything changes. They suddenly become one of the most popular kids in the class, and for the first time, they are stared at for all the right reasons. The other kids want to see the wheelchair costume up close, they ask the child how the lights work, how do the sounds work. It is often the “ice-breaker” for these kids to finally be seen as not “the kid in the wheelchair” but as just another kid in the class.

This is what happened to my son when he brought his Wall-E costume to school, and it has happened to numerous other kids we have built costumes for. Their parents couldn’t believe the change that the other kids made around their children. They suddenly wanted to play with them, involve them, and include them.

Many of the kids we have built costumes for have won costume contests. To see these kids’ hearts fly at the realization that they won suddenly makes them feel more included than they have in the past.

I received a letter from a parent of one of the first kids we built a costume for, and she said her daughter was so worried about her first Halloween in a wheelchair that she didn’t even want to celebrate Halloween. After getting her dream costume of a Peacock Princess, her parents said she had so much fun and received so much positive attention that she ended up having the best Halloween ever and it changed her whole attitude about being in a wheelchair. It was the best thing that could have ever happened to her when she needed it the most. 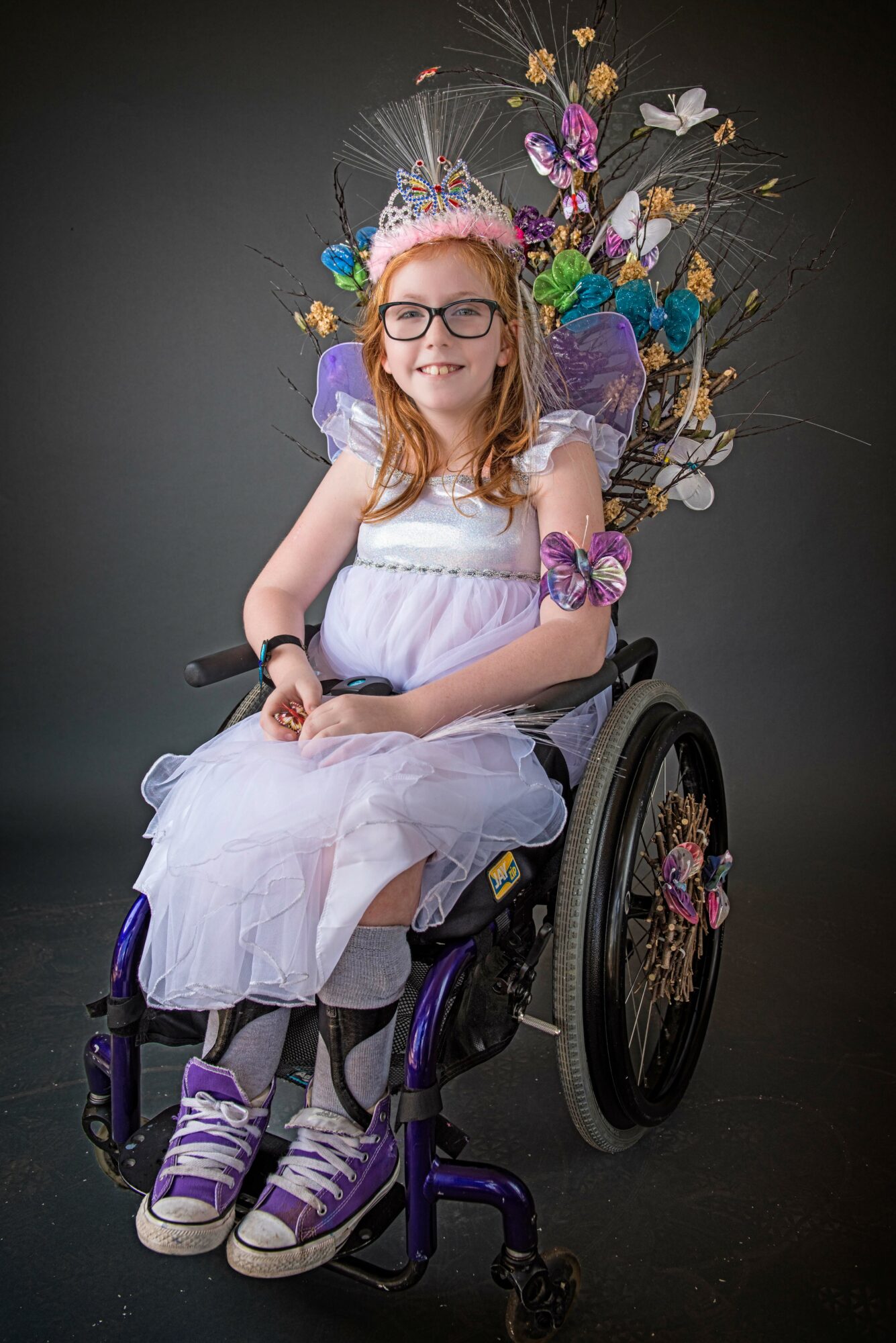 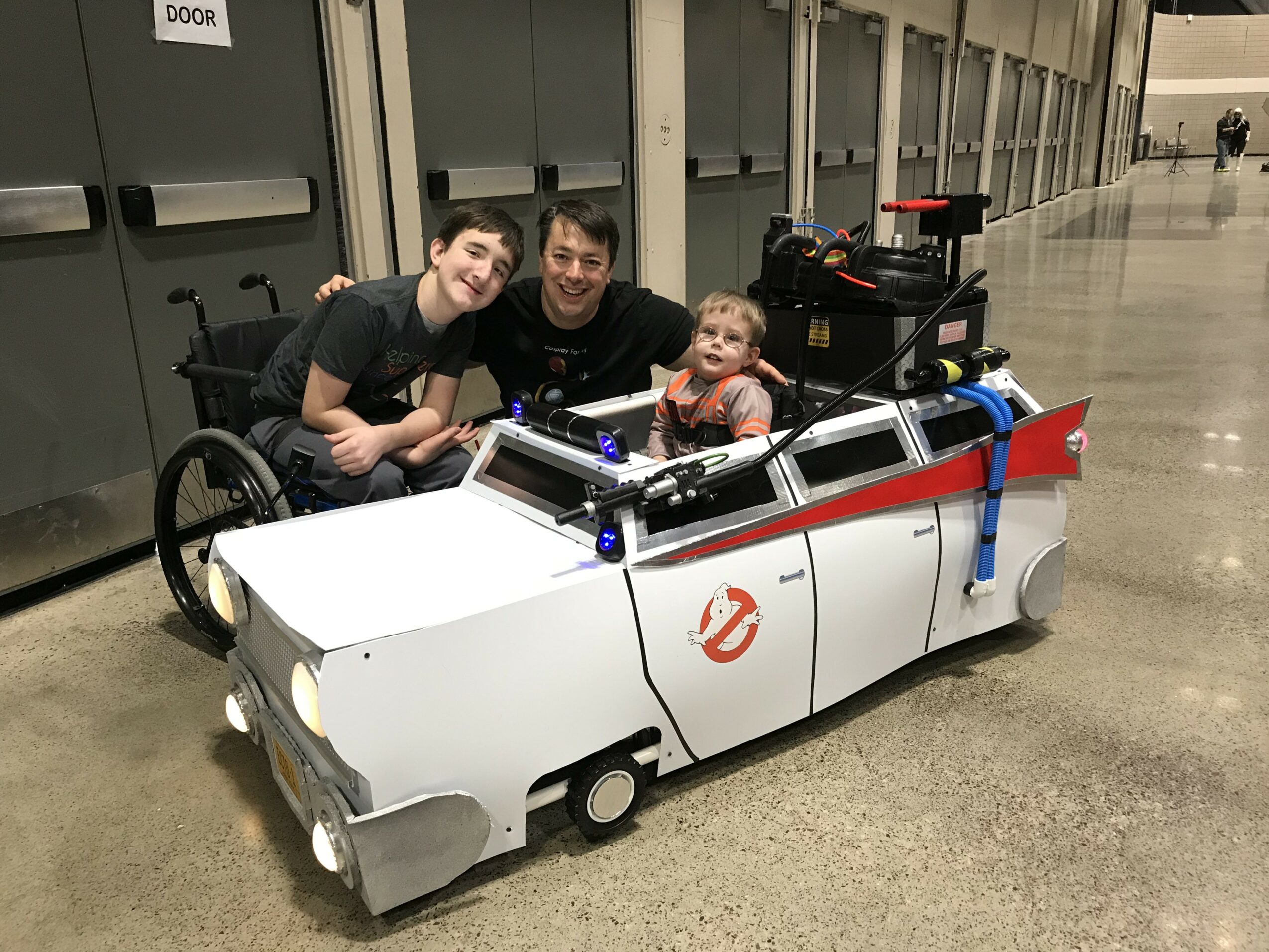 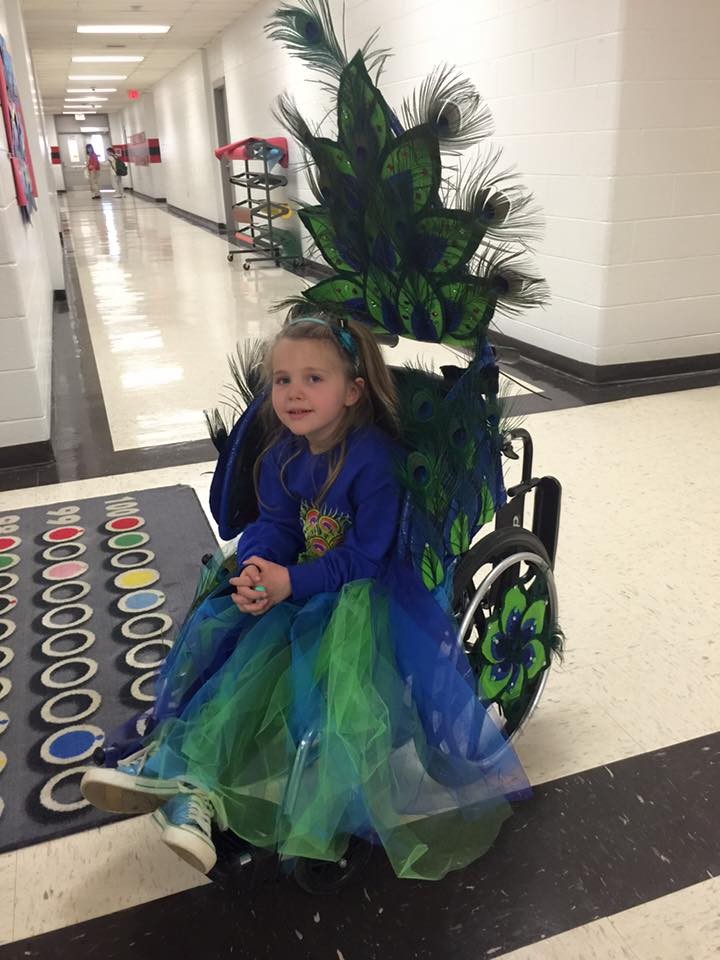 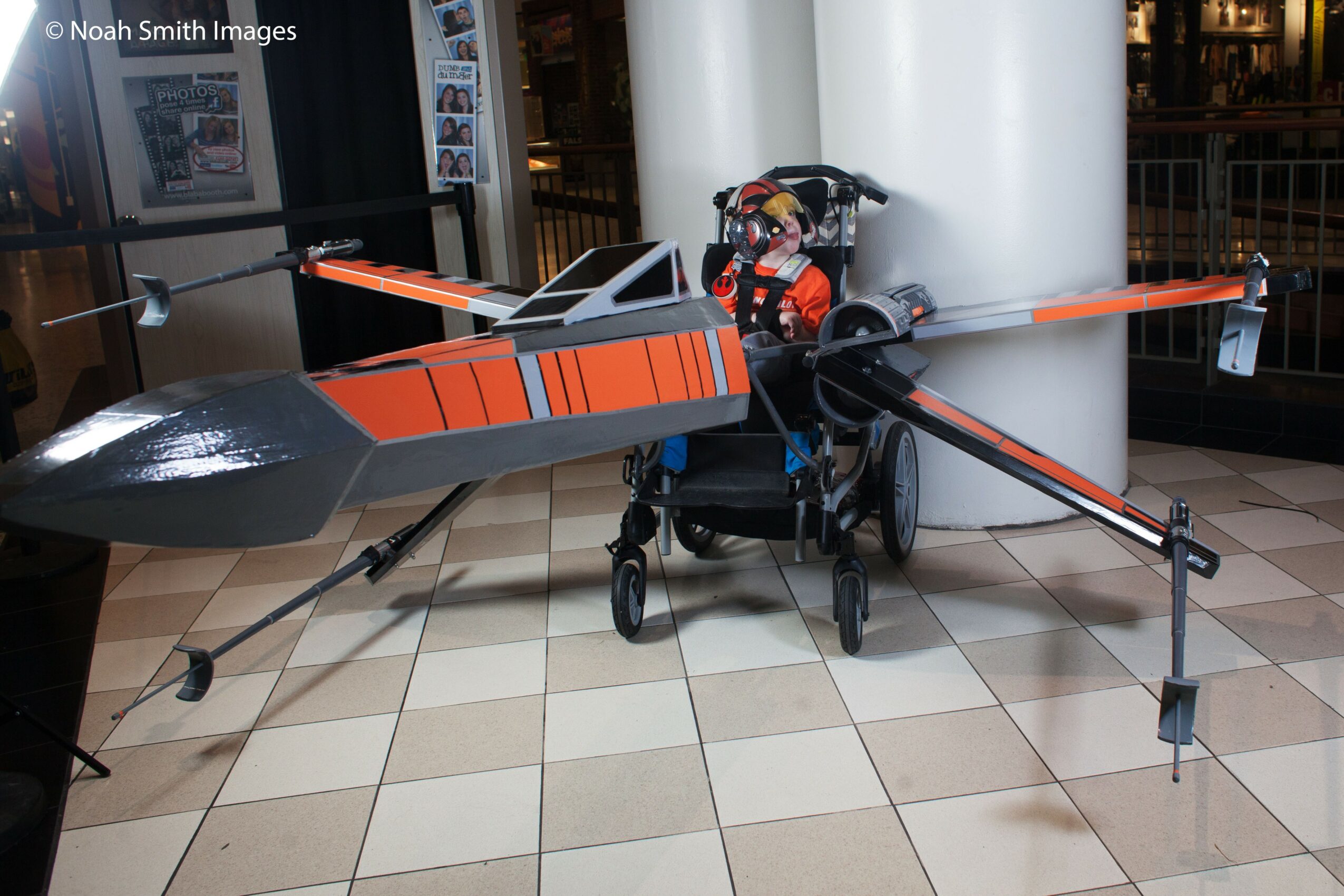 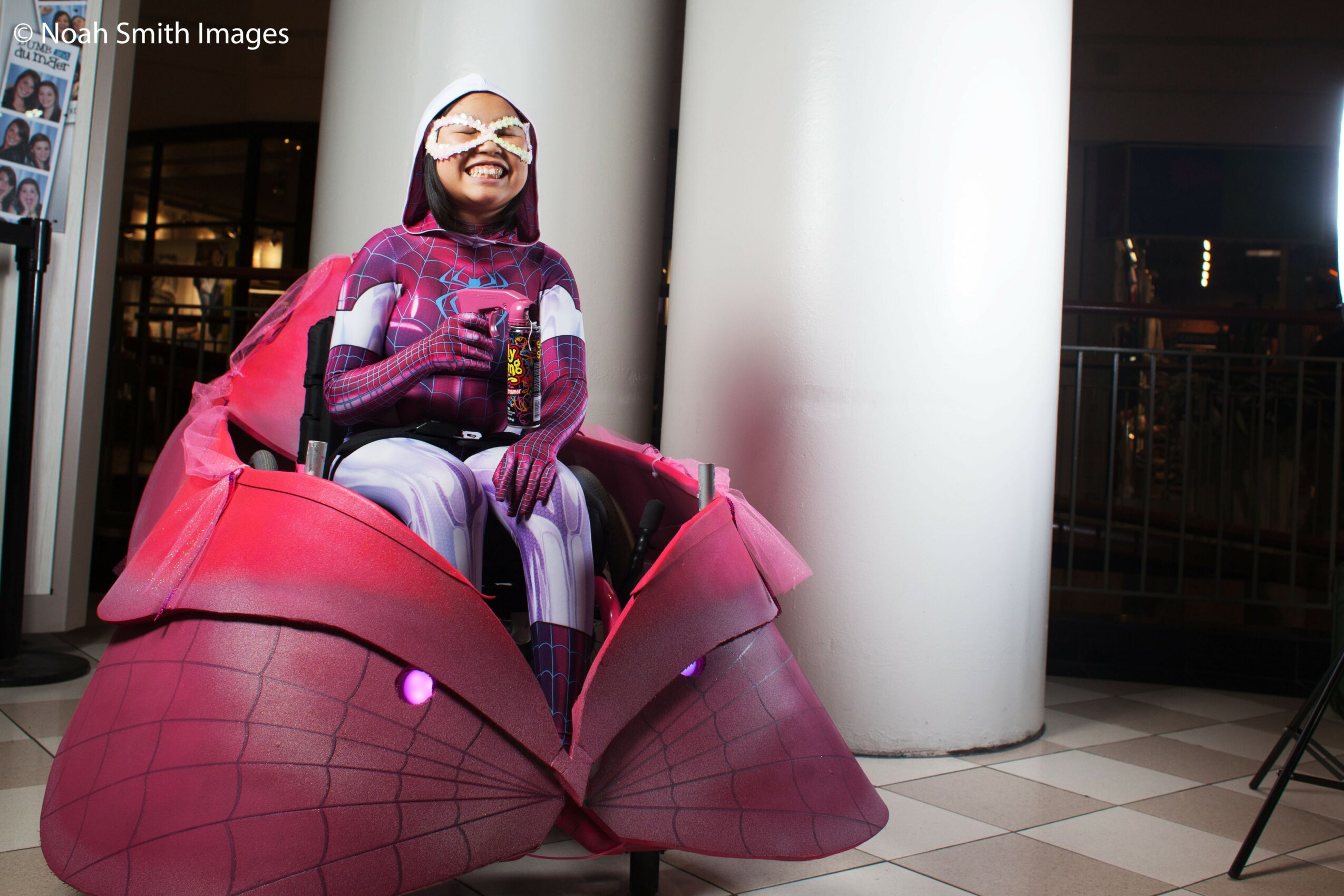 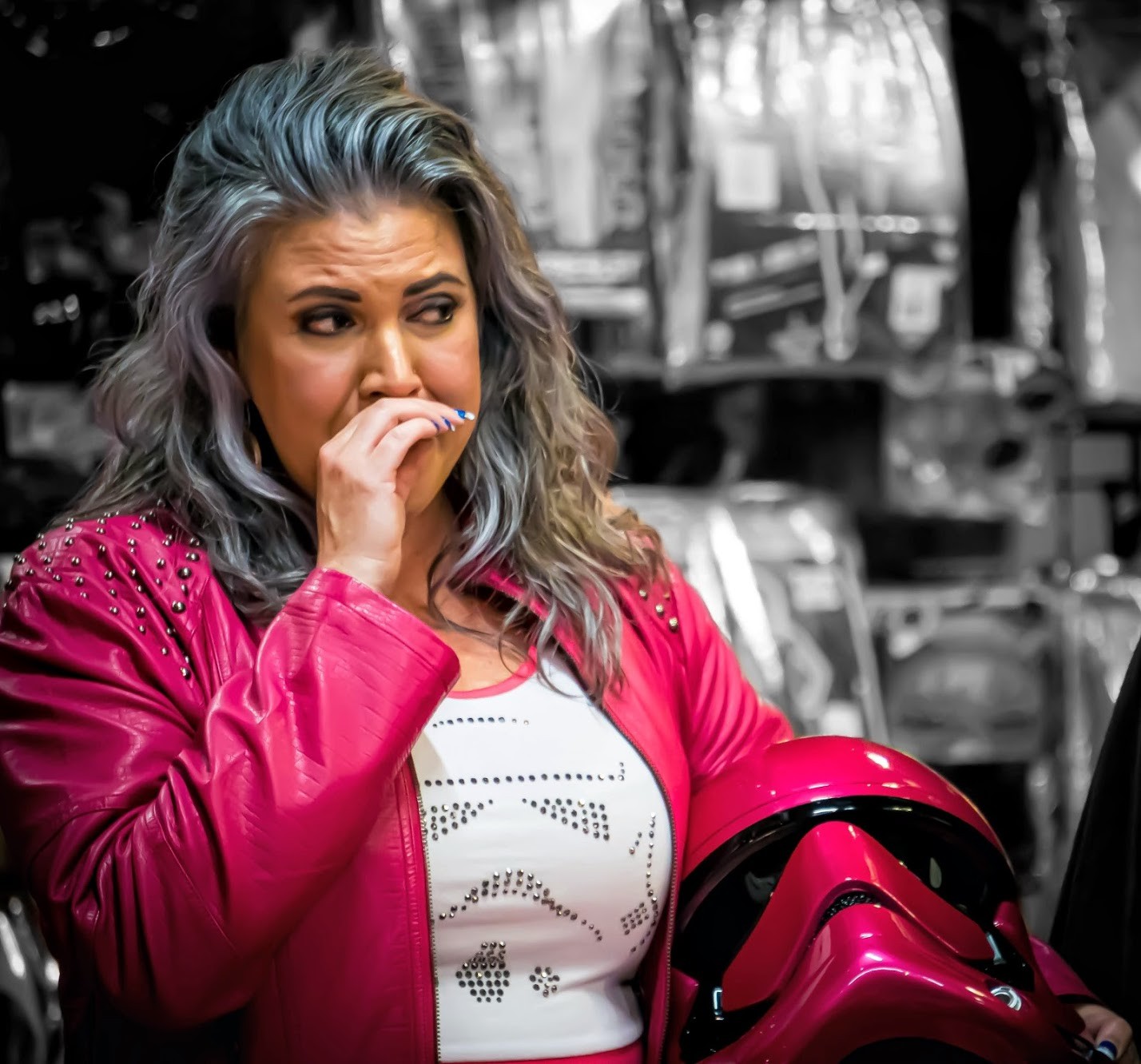 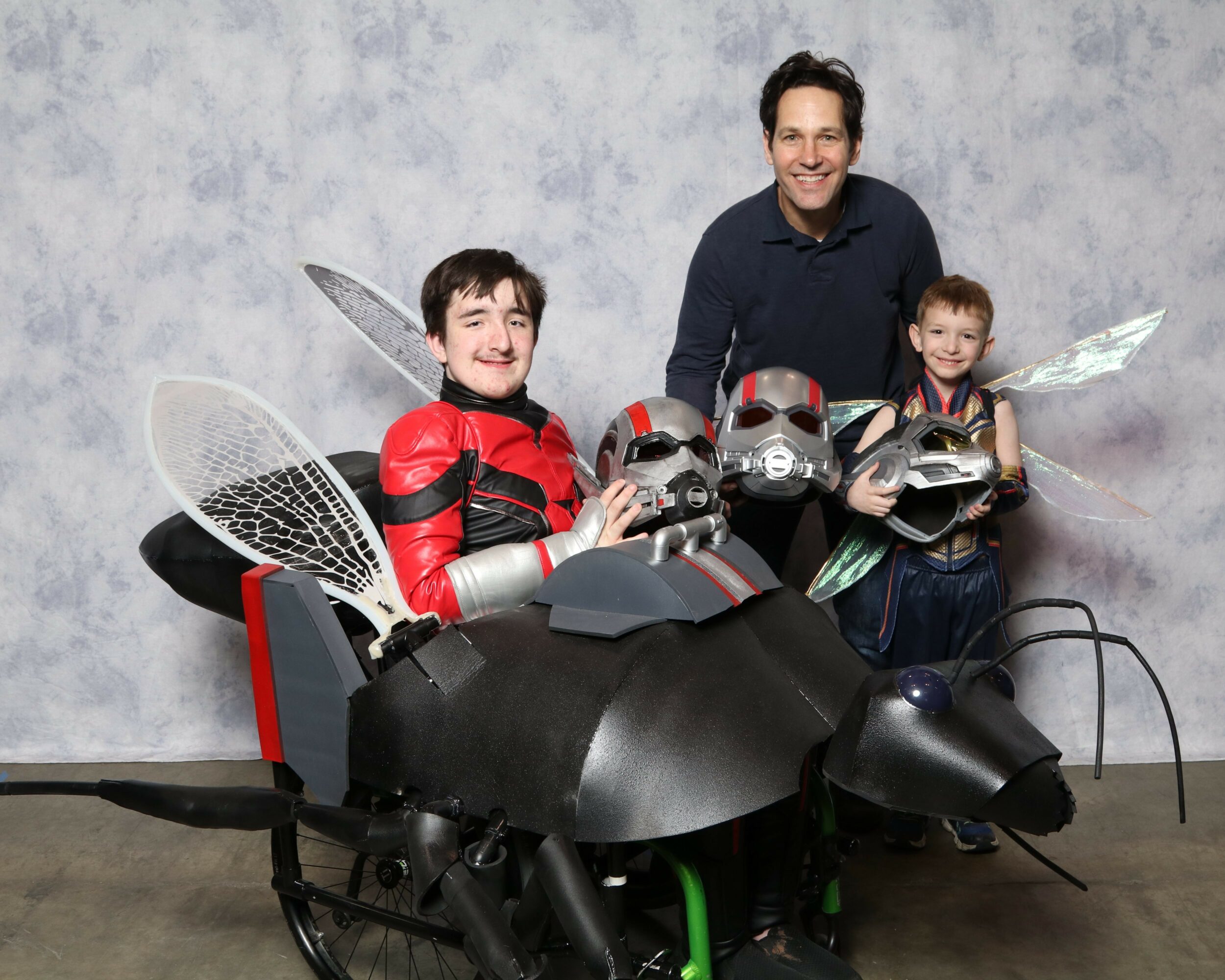 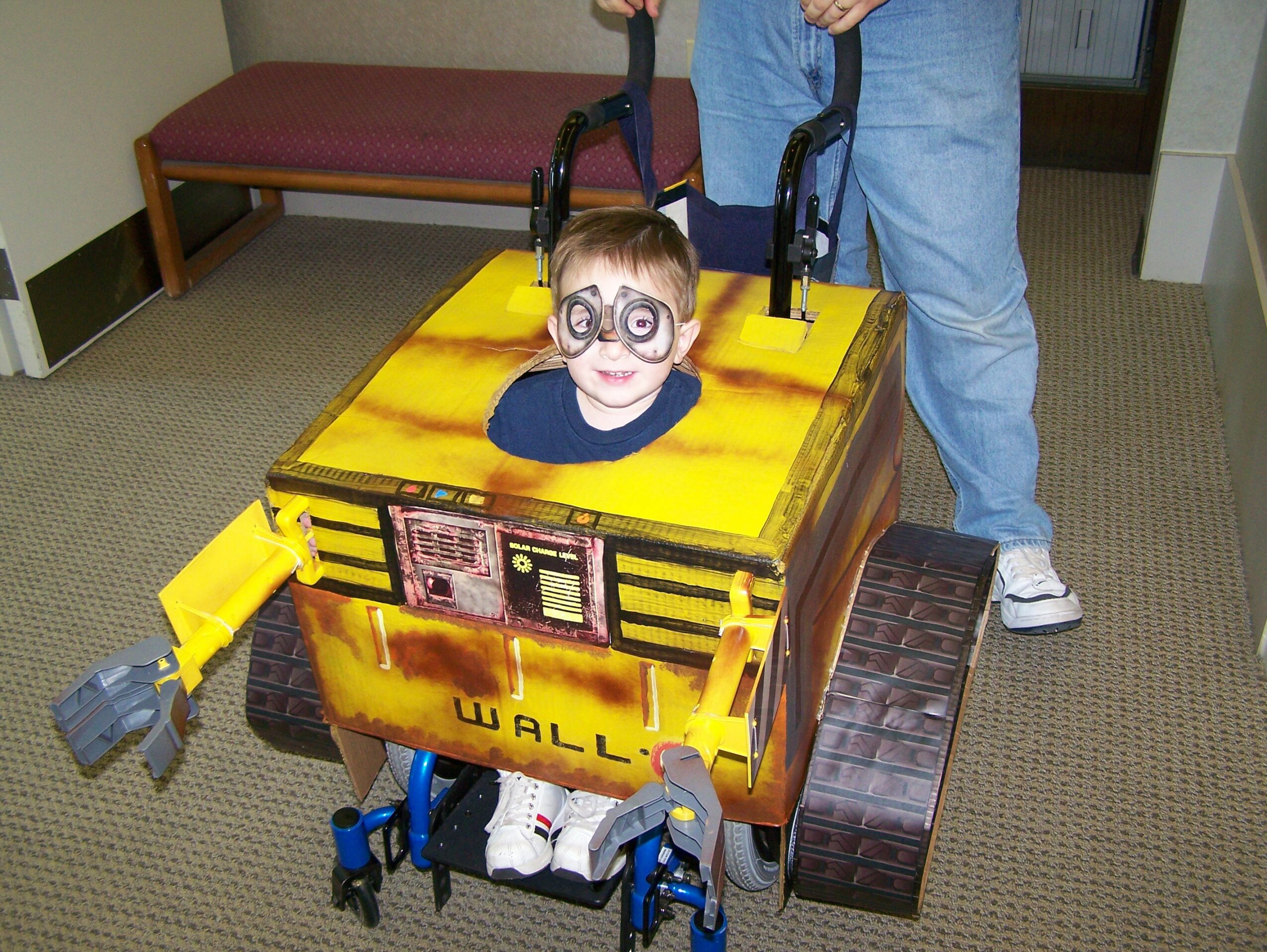