Today we’d like to introduce you to Ivory Blue.

Hi Ivory, thanks for sharing your story with us. To start, maybe you can tell our readers some of your backstory.
I was born in Illinois under the name Devin Miclette and am currently living in the Kansas City area.

At the age of four, my brother, sister and I were given up for adoption and were placed in eight different foster homes in the first year. At the age of five, my brother Cody and I were adopted into the Kessler family with five children who lived in Washington, IN. Three of them also adopted children and two of their own.

Early on in my childhood, around the age of five I felt that I was different from other children but couldn’t share that with my new parents due to their religion and strong believes. Living with a secret was at times unbearable as I found myself wanting to be like my sisters. Constantly hoping and praying that one morning I would wake up exactly how I felt in my head. I didn’t understand why, I just knew I wasn’t myself and cried myself to sleep many times wishing I didn’t have to feel that way. It was a constant struggle with my adoptive mother who often made fun of me and had a hard time loving me as I thought a mother should. Saying that she wished she never adopted me and time after time made me feel unwanted.

At the age of 15, it was apparent that I no longer could live in a home with people that couldn’t accept me for who I was. It became too painful for me to stay, so I ran away from home to be free from constant rejection. I spent the first years living with friends until I found my biological mother and reached out to her. She took me in but after a year, I decided it was best to more out and moved in with other friends. I dropped out of high school and worked full time to support myself and performed in coffee shops and small gatherings to make some extra money.

On one of those occasions, while playing in a small coffee shop in Washington Indiana, I was approached by someone from Los Angeles, CA who happened to be there while traveling. He wanted to manage me in my career and had contacts in the music business. One of those contacts was a promotional representative of SONY Entertainment, scout and booking agent. She was looking for a lead singer for the band ‘Velvet Revolver’. After making a video of myself singing one of their songs, I was told that they were interested in having me as their new lead singer, but I declined because I didn’t trust it. Maybe it was an opportunity, but the timing wasn’t right, and I didn’t feel that I was ready.

A few years later, I was introduced by a fan in Washington, IN to a musician in Missouri who had just finished building her recording studio to help young musicians pro bono so that they could record their music without the expensive costs and start their music career. She took notice of my talent as a singer/songwriter and performer and was also made aware of the struggles in my life. She didn’t know however that I was transgender at that time as I kept it to myself. After a short phone conversation, she immediately invited me to stay at her and her husband’s home and work with me in the recording studio on my music. It was encouraging to hear that someone would do that for me, but at the same token, I had suffered so much through my young life, was constantly judged, ridiculed, and laughed at to the point that I wanted to shelter myself from any pain. So, I declined her offer, but we became friends and talked often about ideas for my songs.

When I turned 22, I moved to Oklahoma with a friend to find myself, get a job and try to make it as a musician. I had been writing music since the age of 14 and felt that removing myself from the toxic environment I lived in would give me a chance in Oklahoma City. Once there, I searched the internet to understand more about my gender identity and discovered that I was transgender and related to the stories of so many that walked in my footsteps. I started a band and performed for some events, but the band fell apart. However, I continued to write music while learning more about myself as a transgender person.

While living in Oklahoma, I became friends with a transgender woman that I met on the internet. She wanted me to move in with her and help me with my transition. I was excited to finally be with someone who understood me and after transferring my job at Walgreens OKC to Seattle, I began a new life with hope for the future but after two months living there, I realized that I made a mistake and needed to leave. I remembered my friend in Missouri who had been helping me with my music, but I was scared to ask if her offer to help me was still standing. I was so desperate to get out of the situation I was in and there literally wasn’t anyone who could help, so I called my fan in Washington and she in turn called her. She immediately called me and invited me to come stay with them. After our phone conversation, she scheduled a flight to Kansas City, MO and two days later, I arrived at MCI airport where they welcomed me with open arms. We hit it off right away, jammed in the studio that first evening and even wrote our first song together. I have been with my new family since 2011. They didn’t know about my gender identity until several weeks after moving in, but it didn’t matter to them. They wanted me to live my life as they have always encouraged their four children to live theirs. That was then, in 2011 and here we are 2021. 11 years later. I found my home! That silent wish I had since I was a little child became reality and I’ve never been happier to finally have a home where I feel safe, a family that loves me and will do anything to make me happy. Not only was I able to continue working on my personal life but spent my days recording my songs and writing new music.

Can you talk to us a bit about the challenges and lessons you’ve learned along the way. Looking back would you say it’s been easy or smooth in retrospect?
Besides the obstacles I faced growing up, I had many that I had to overcome as a musician. Not finding the right people for a band was a difficult one. Chemistry is everything and when that doesn’t sync up, working on music becomes impossible. This resulted in me perfecting the use of a looping system so that I could perform on stage with a sound similar to a full band. I also struggled to find studio musicians that couldn’t produce the way I wanted my music to sound from the tracks I created, so I took it upon myself to learn as much as I could about producing and now produce all my own music with the exception of drums and bass.

Thanks for sharing that. So, maybe next you can tell us a bit more about your work?
Being a multi-instrumentalist, I began refining my performance style, using digital looping pedals to stack harmonies and guitar parts live on stage, giving my solo shows the feel of a full band. I quickly attracted an intense regional following and by 2013, I was playing regularly in and around Kansas City and by 2015, released my first EP ‘Ready Get Set’. While the EP helped spread the word and got much attention from regional radio and TV stations, a big break came in 2017. I entered NeXt2Rock, a nationwide talent search with over 1800 artists/bands who applied to find fresh and promising rock artists. The top 5 national bands battled it off for the win in Los Angeles, CA at the legendary Viper Room, with judges Scott Borchetta (BMLG), John Varvatos (fashion designer), Steve Jones (Sex Pistols Guitarist and Host of “Jonesy’s Jukebox”), Desmond Child (Musician, producer), Chris Lord- Alge (producer), I won over the judges and became the grand prize winner! I won the contest and a one-year record deal with BMLG who re-released the song Ready Get Set from the 2015 EP. The re-release of ‘Ready Get Set’ undauntedly received National and International airplay within weeks.

In February 2020 and after studying the craft of recording and self-producing, I released ‘Elite Dreamland’ and in September released ‘Half A Life’, following ‘Family Tables’, released on Sept 7th, 2021 and is releasing ‘Good Changes’ on October 26, 2021

I produce all the tracks except for Drums and Bass and am currently working with Lester Estelle (Drummer for Kelly Clarkson), Craig Kew (Bass) KC, Kurt Festge (Mastering | Citizen Kane & Violent Femmes) NC. and Nick Poortman (Los Angeles, CA based Producer, Engineer, Mixer, and Songwriter) Nick has worked alongside producers including Justin Gray, Gil Norton, Big Tank, and Greg Haver on sessions throughout the USA, UK, Europe, and New Zealand to finish my debut album ‘Compound Heart’ that will be released in January 2022 as well as the Red Light EP later in 2022.

In August 2021, I signed with Sound Ballistics Music & Publishing and am currently working on getting my music to the next level. 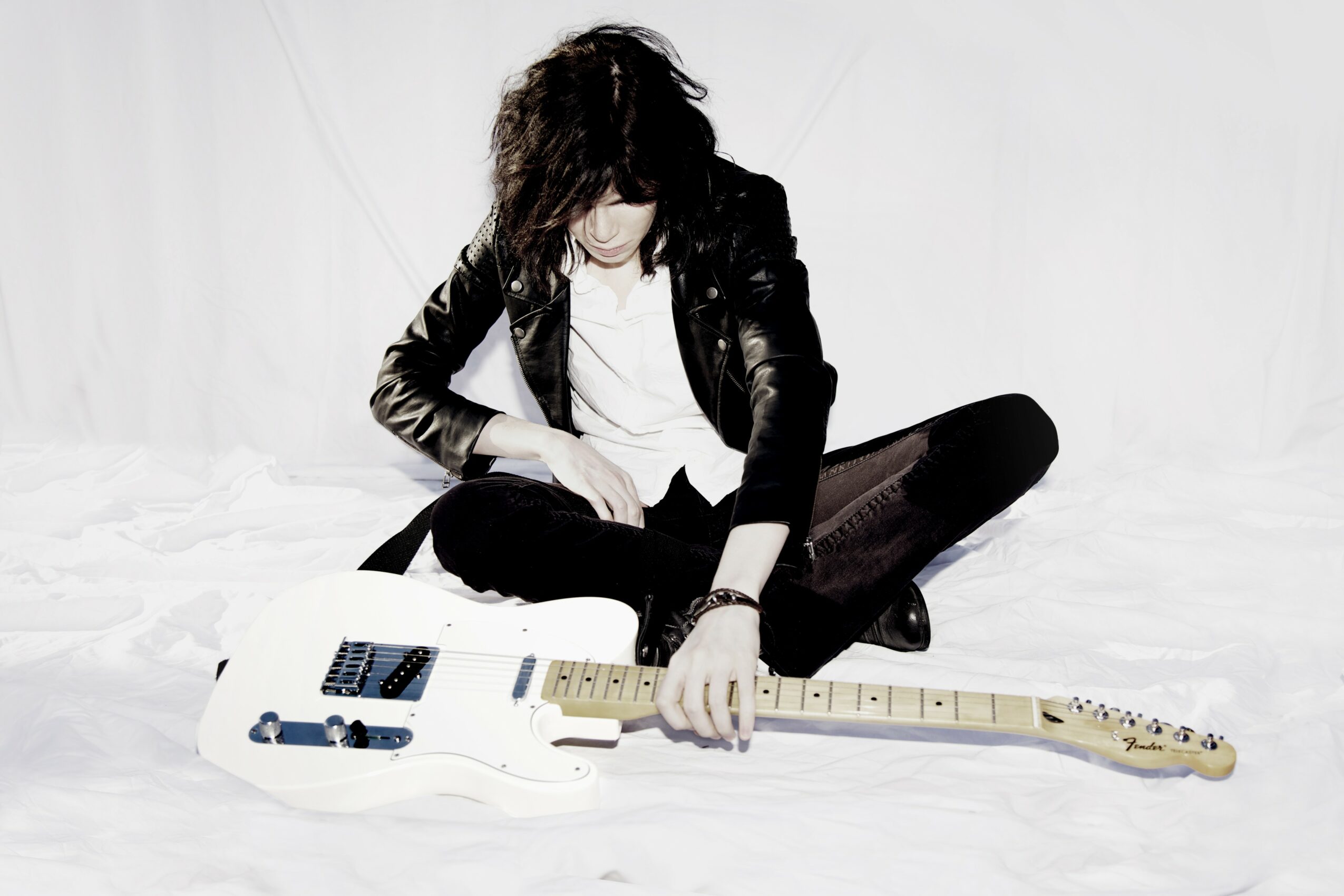 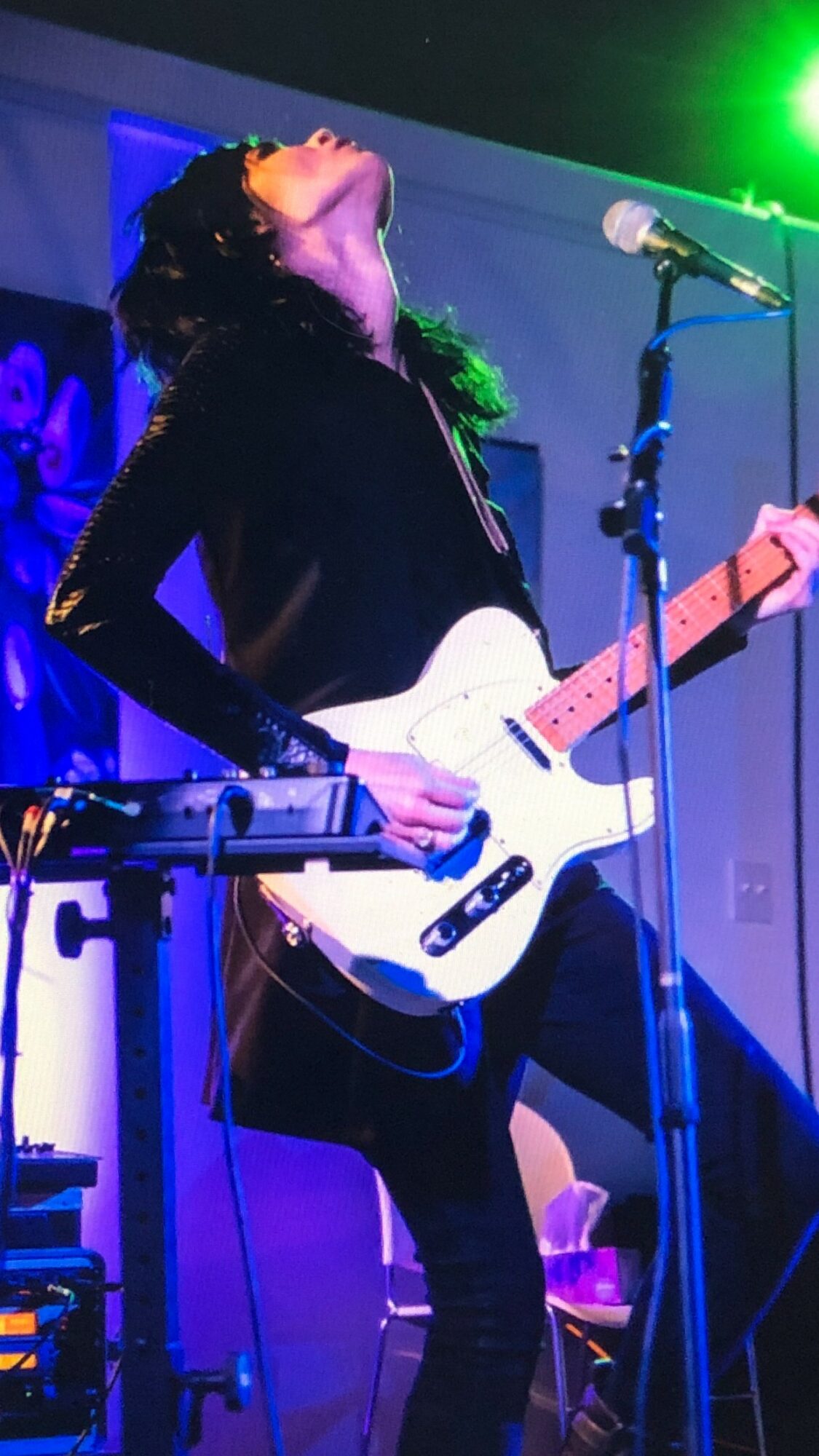