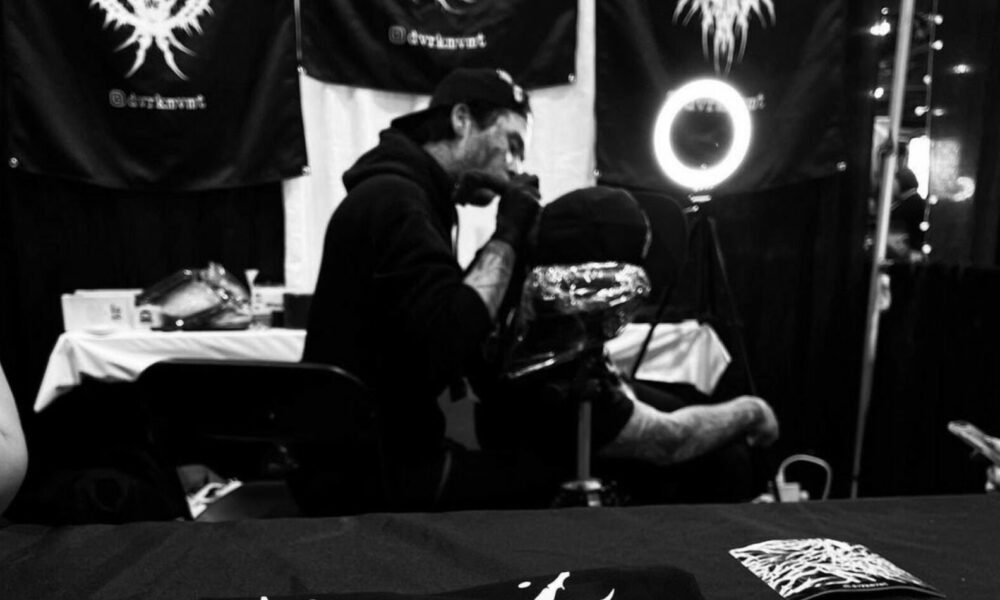 Today we’d like to introduce you to Andie Preuss.

Hi Andie, we’d love for you to start by introducing yourself.
I have been collecting tattoos for about 15 years. At first, the tattoos had to be meaningful and thought out, but over time I started just liking the tattoos for the art that they were. Every tattoo brought me a significant amount of happiness as I was able to watch myself transform from a blank canvas to a work of art. It felt like I had control of something in my life.

During this time, I went to school for business, got a master’s degree, and began working for a pharmaceutical company. After working for the company for a few years before I realized I did not want to do the daily corporate grind anymore. Selling your soul to chase somebody else’s dream and make money for somebody who could care less about you. I wanted to do something for myself. So I decided, I would try my hand at being self-employed.

Throughout my years of collecting, I had often told my artists that I’d love to tattoo but I felt I had no artistic ability. They would tell me neither did they, they just put in the work to get where they were. That artist’s ability was a muscle that could be improved with hard work and dedication.

So I took a stab at the beginning to draw. Starting with simple stick figures that I thought might make good stick-and-poke tattoos. Of course, I thought they were nothing special but I figured I’d try putting one on myself. I got the cheapest machine I could find on Amazon and took a stab (literally) at tattooing myself. All I did was dig a large chunk of myself out and I knew immediately I would need a mentor if I was ever going to understand how to tattoo.

I reached out to an artist who inexplicably gave me a chance despite me still seriously lacking any artistic ability. I worked as an apprentice for a year. I would work at the shop for 16+ hours a day. I was working at Amazon at the time so I could have “flexibility” to still work. I quickly realized I would not be able to focus on being an apprentice if I was working a side job. So I made the decision, either I become a tattoo artist or I end up on skid row. No in-between. Tattooing was the only goal. No plan B.

I had some money saved up so I was able to sustain myself for a bit after quitting Amazon. But I would eventually lose my apartment halfway through my apprenticeship. At this point, I was sleeping in the shop and my car. When I was not working at the shop I was drawing until I passed out. I would get 3-4 hours of sleep at most for those last six months of the apprenticeship. I was so excited to be living my dream though that I hardly noticed how much sleep I was missing.

Once I finished my apprenticeship and began tattooing, I started to really understand happiness as I was doing something I truly enjoyed. Seeing how happy people were with their tattoos was an amazing feeling. It was great to be a part of the transformations others were experiencing. Much like myself when I began getting tattooed. And even to this day, I still get stoked after getting a new tattoo.

We all face challenges, but looking back would you describe it as a relatively smooth road?
The hardest part for me was the lack of family support.

My family did not see my vision and told me I needed to stop messing around and get a real job again. But I had my goal and like I said, tattoo artist or skid row. So I cut them out and got to work.

Appreciate you sharing that. What else should we know about what you do?
I enjoy doing abstract blackwork.

My style is heavily influenced by metal and death metal, especially from the late 90s and early 2000s while I was in high school. I enjoy packing black and creating art that is striking and bold.

While it is not for everybody, I am forever grateful to those who appreciate and respect my work. I am nothing without my clients. And I put my all into each piece I do and continually look for ways to improve.

What’s next?
I am looking forward to traveling more in the future. Both in the US and in other countries. 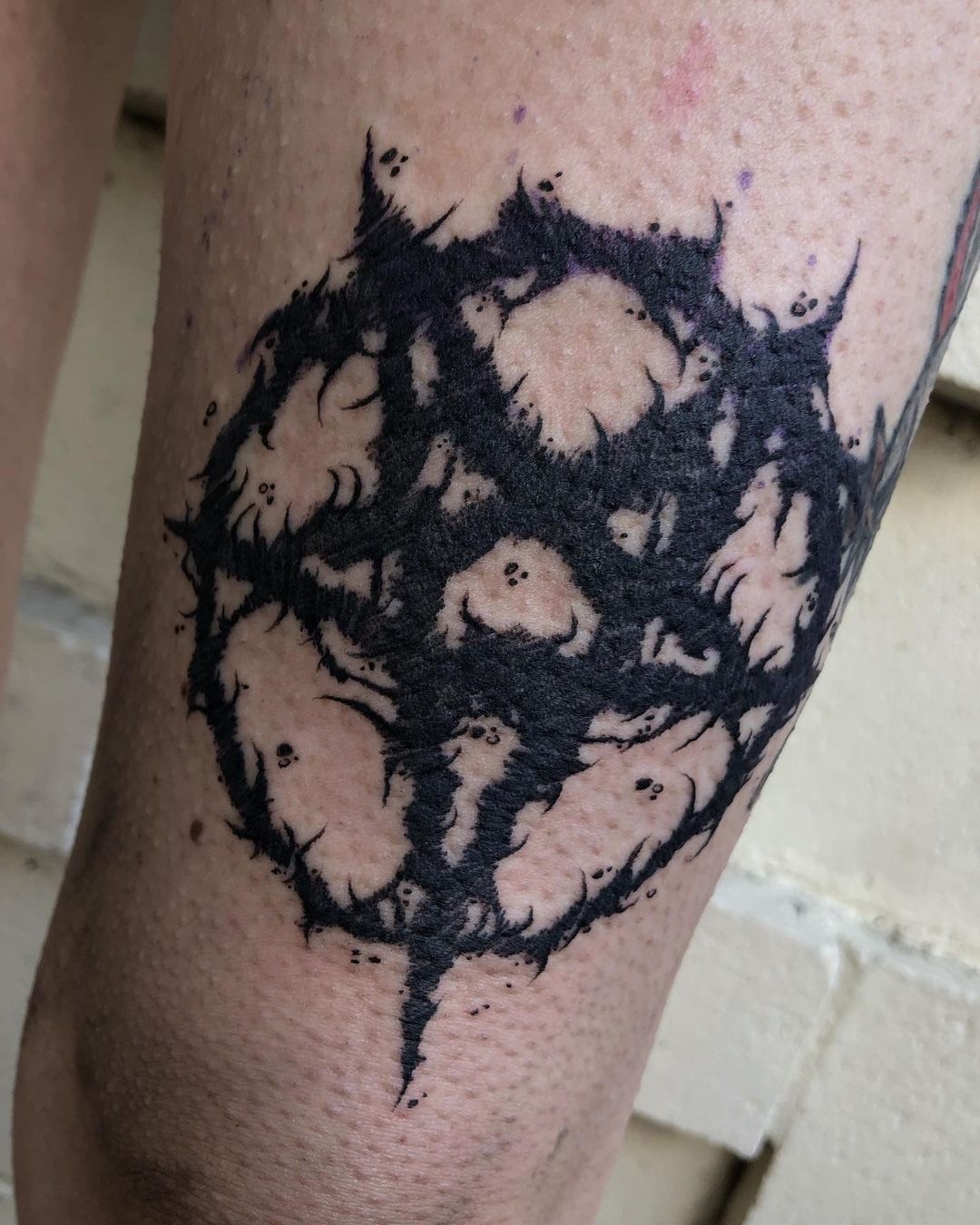 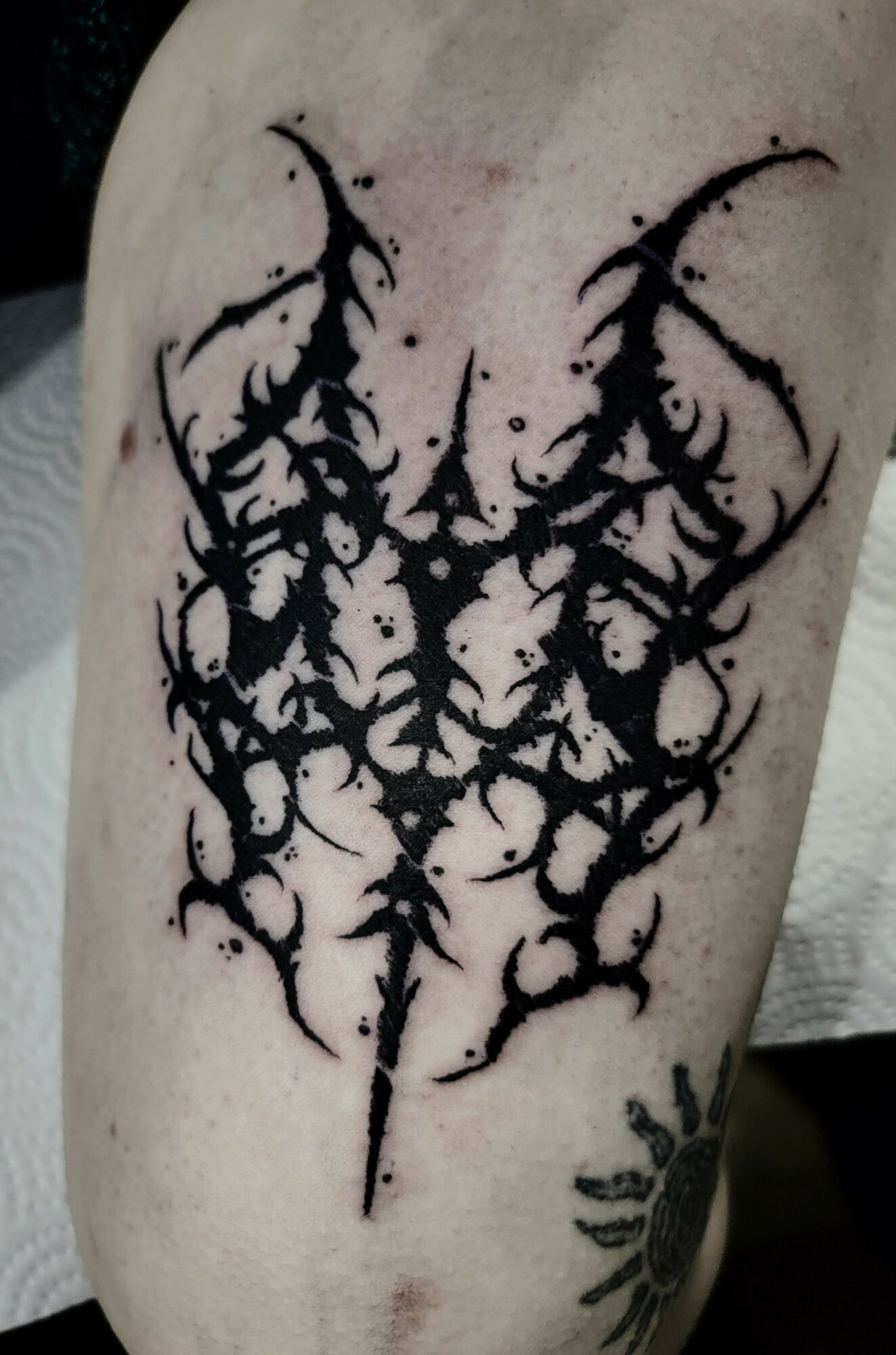 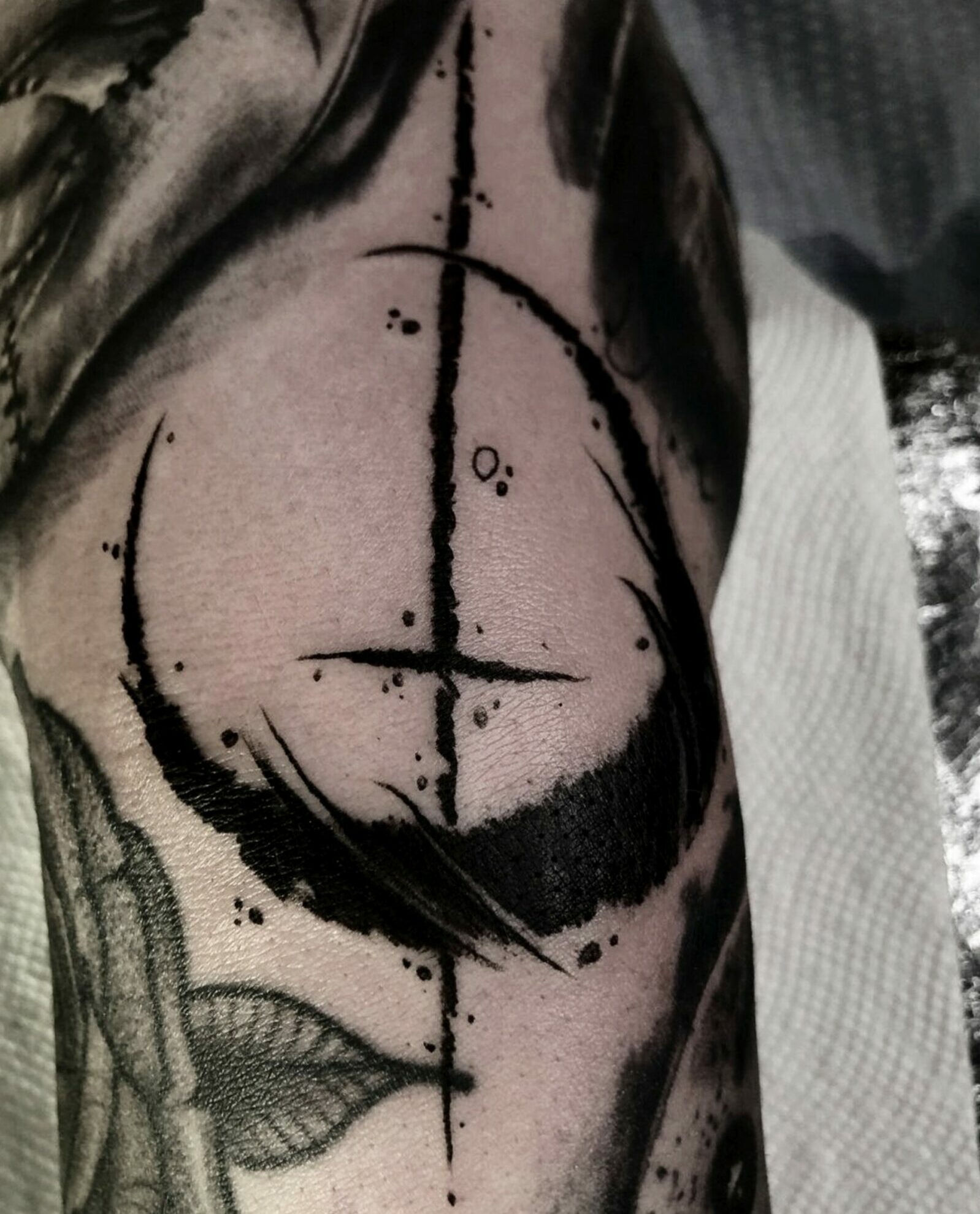 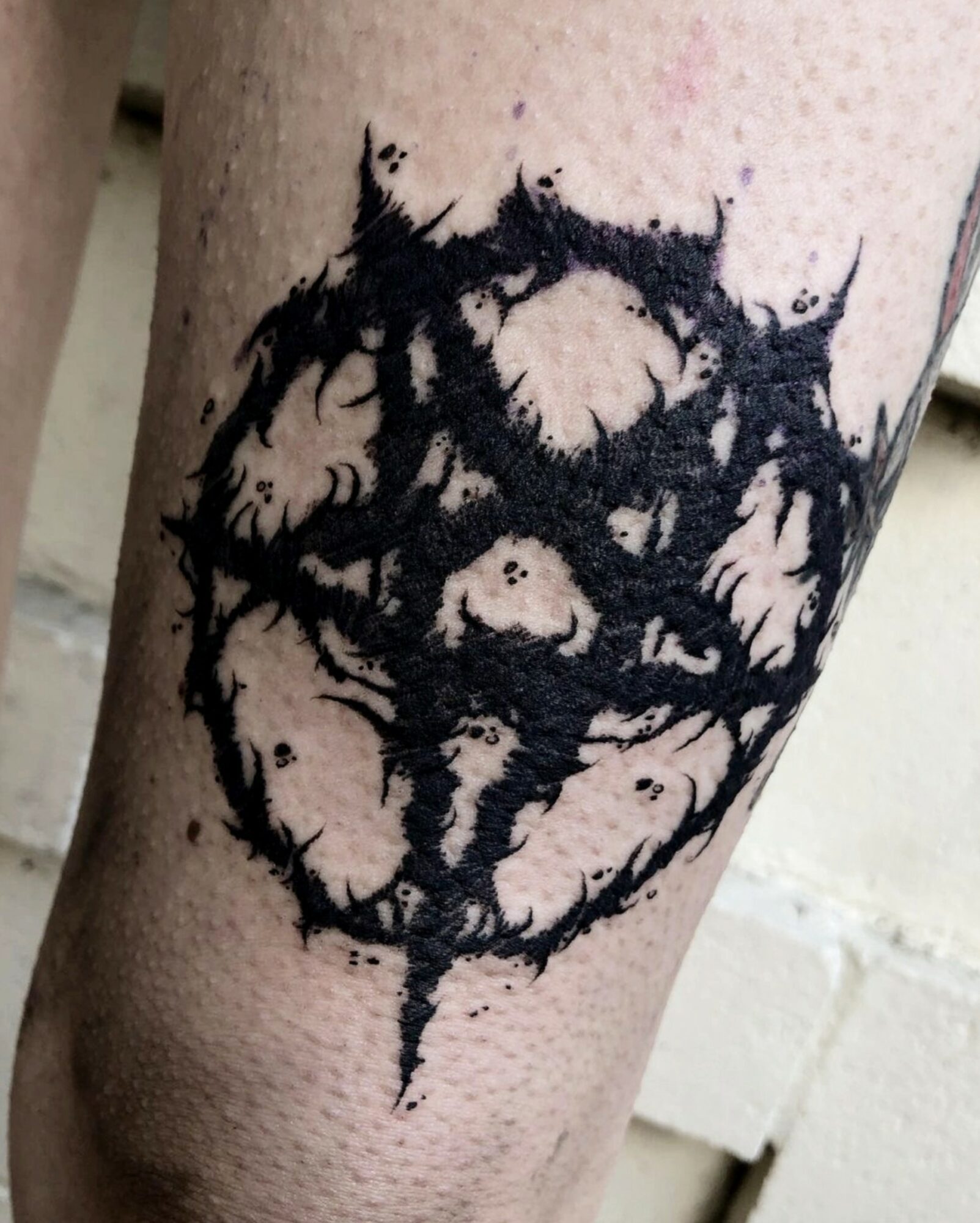 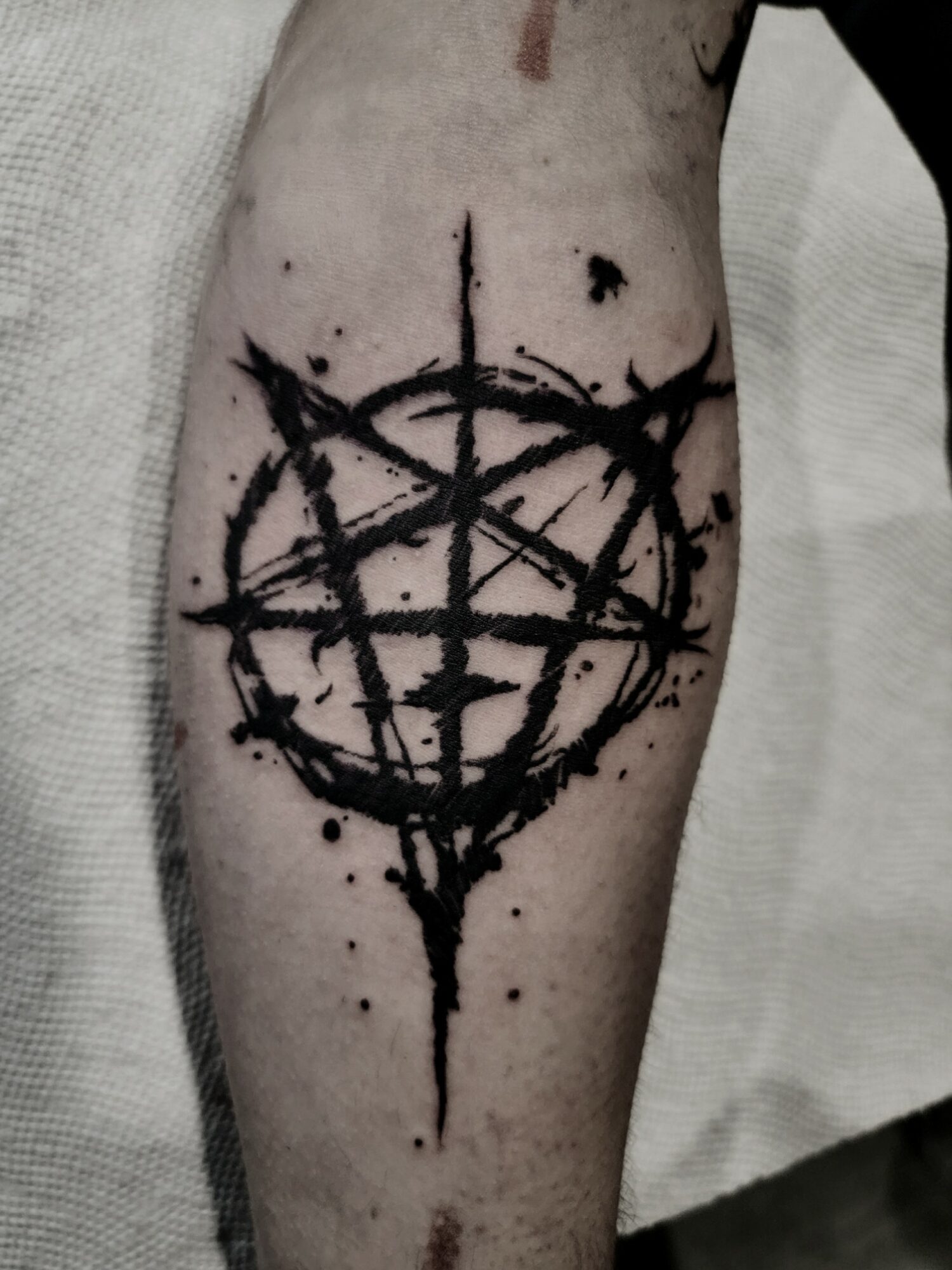 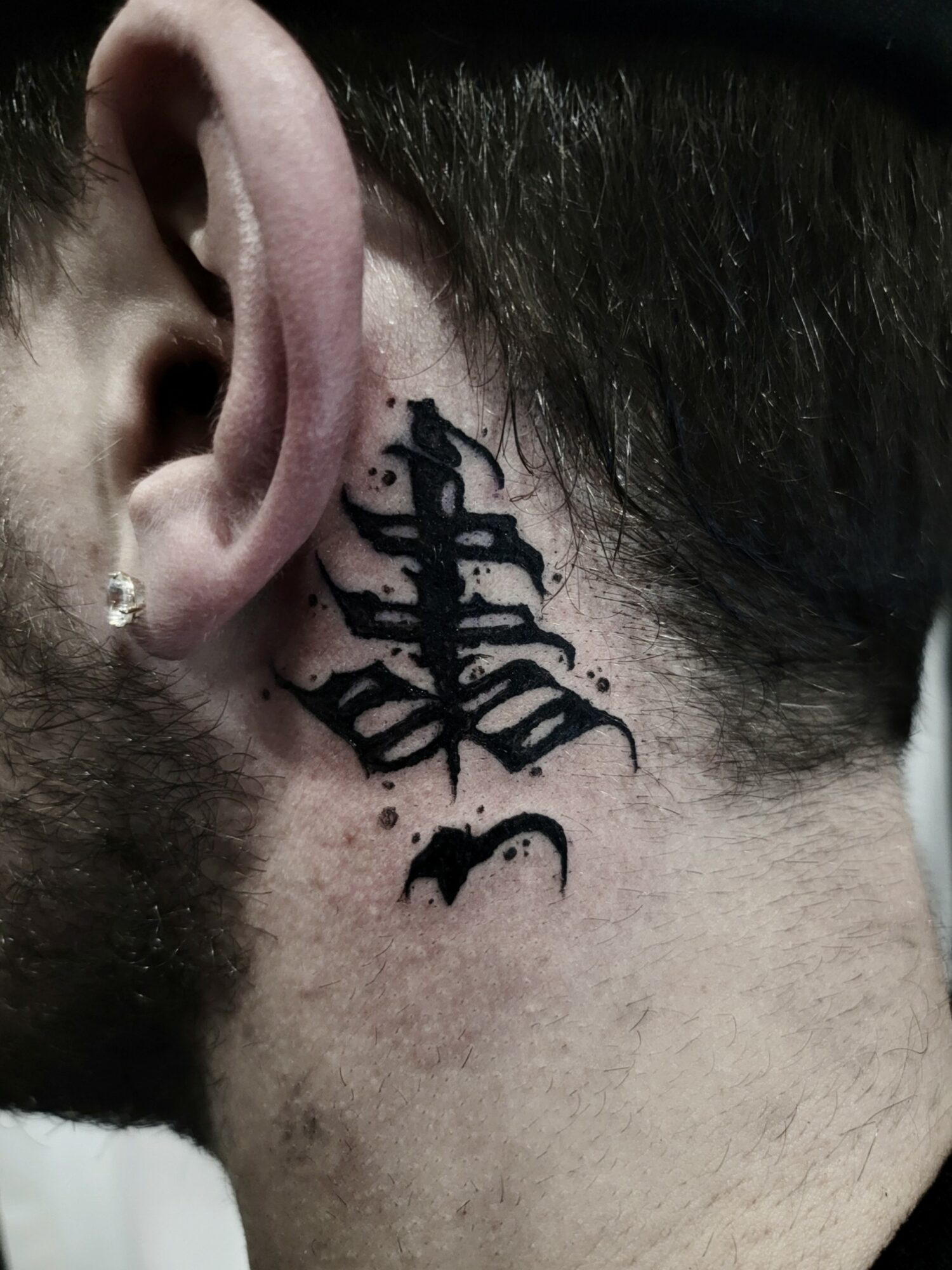